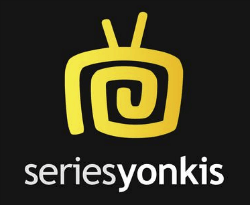 In 2011 Hollywood’s MPAA highlighted SeriesYonkis as one of the most prolific pirate sites on the Internet.

“With a worldwide Alexa rank of 855, Seriesyonkis.com is one the most visited websites in the world for locating and streaming unauthorized copies of motion picture and television content,” Hollywood’s industry group informed the US Government.

While the MPAA was calling for tough enforcement actions, film industry partners in Spain came up with a different plan. They signed an unprecedented deal with the pirate site in 2011, hoping to convert its users into paying customers.

The main figures in this unusual episode are Juan Carlos Tous, the founder of the legal streaming platform Filmin, and SeriesYonkis owner Alexis Hoepfner, who operated the pirate site under his company Burn Media.

With help from lawyer Andy Ramos they negotiated a unique deal that would ‘merge’ both businesses. According to local newspaper El Confidencial, which has seen a copy of the agreement, SeriesYonkis company would get a 23% stake in Filmin, on the condition that pirate links were replaced with legal ones within a set period.

The entire agreement was kept secret by a confidentiality clause, which worked well until a few days ago.

SeriesYonkis also made two loans of 250,000 euros available, which were convertible into shares. In addition to the above, Filmin also offered compensation for every pirate it converted, up to 10 euros per user that signed up for an annual subscription.

The agreement further stipulated that SeriesYonkis had to apologize for its pirate ways. Point five stressed that SeriesYonkis and other Burn Media sites had to “carry out communication and awareness actions so that the users of the websites understand the need to legally access audiovisual content.”

Interestingly, SeriesYonkis wasn’t planning to go down and let other pirate sites take its traffic. The agreement included a clause that obligated Filmin to spend 25,000 euros to shut down or reduce traffic to other pirate sites.

The episode took place when Spain was about to implement its Sinde law, which would make it hard for local pirate sites in a country that was considered a “safe haven” at the time. However, not everything went according to plan.

Filmin’s founder was outraged and sent an email demanding answers.

“I would like to hear your opinion on the progress and explanation of your plan with SeriesCoco! I do not understand anything! I thought you were going to decrease, and I see that you are opening portals!! WTF!” Tous wrote.

The deal eventually fell apart. Filmin kept its shares and stopped paying for new referrals. SeriesYonkis’ company Burn Media filed a lawsuit to get back its money, but thus far that hasn’t happened.

According to an insider close to the deal, the idea was brilliant. SeriesYonkis reportedly earned millions of euros at the time, more than Filmin, and used this money to go legal and destroy the competition ahead of a tough new anti-piracy law.

“The pirate not only abandons its weapons, but is integrated into the industry, and uses capital earned from piracy to fight against it,” a source told El Confidencial.

“It was a winning deal for everyone,” another source added, regretting that it didn’t work out. “It was a very bold agreement, something unusual in this sector, that would have changed the scenario if it had worked.”

Today, roughly seven years after the agreement was set into motion, Filmin is one of the larger streaming platforms in Spain. SeriesYonkis is also still around, but was sold by Hoefner in 2016 and no longer links to pirated content.