Spotify Isn’t Ripping Off Artists, The Labels Are 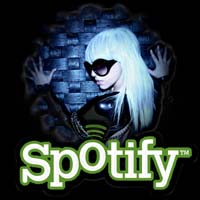 By allowing its users to access millions of songs for free, the music streaming Spotify has revolutionized the music industry by handing them a potential competitor to illegal downloading.

Unfortunately, the labels themselves are not as enthusiastic as most users are, as they doubt the service’s ability to generate enough revenue.

Indeed, if we take a look at the numbers relating to Lady Gaga that we reported a few days ago, Spotify is barely generating more revenue than most artists make from illicit file-sharing. With an income of only $167 for more than a million plays, he/she is not going to be able to pay the rent.

However, it turns out that this might not be the fault of Spotify’s business model, but rather the involvement of some of the major labels in the project. As reported before, Sony BMG bought 5.8% of Spotify for 2,935 Euros, Universal Music got 4.8% for 2,446 Euros, Warner Music paid 1,957 Euros for 3.8% and EMI pocketed 1.9% for an investment of 980 Euros.

Lady Gaga is signed by Def Jam (Universal) which partly owns Spotify, which probably has a significant impact on the revenue she makes. After all, the major labels wouldn’t pay the artists from their own pockets would they?

This was confirmed recently by Lily Allen who commented on Twitter: “Did you know the major[s] own hold massive stakes in Spotify, and earn advertising revenue at yet another loss to the artist?”

Of course, this diminished revenue wouldn’t be a problem if Lily signed her music up for digital distribution with a service like RouteNote, who offer the full per track rate, and only take 10% on the back end.

In fact, TorrentFreak has heard from various sources that independent distributors can get deals of at least $0.03 per play with Spotify. This adds up to a pay day of $30,000 instead of $167 for a million plays, which suddenly sounds like an altogether better deal.