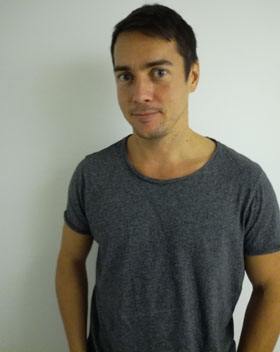 As one of the members of Sweden’s infamous Piratbyrån (Piracy Bureau), Rasmus Fleischer was also one of early key figures at The Pirate Bay. Over the years he’s been a writer, researcher, debater, and musician, and in 2012 he finished his PhD thesis on “music’s political economy.”

As part of a five-person research team (Pelle Snickars, Patrick Vonderau, Anna Johansson, Rasmus Fleischer, Maria Eriksson) funded by the Swedish Research Council, Fleischer has co-written a book about the history of Spotify.

Titled ‘Spotify Teardown – Inside the Black Box of Streaming Music’, the publication is set to shine light on the history of the now famous music service while revealing quite a few past secrets.

With its release scheduled for 2018, Fleischer has already teased a few interesting nuggets, not least that Spotify’s early beta version used ‘pirate’ MP3 files, some of them sourced from The Pirate Bay.

Fleischer says that following an interview earlier this year with DI.se, in which he revealed that Spotify distributed unlicensed music between May 2007 to October 2008, Spotify looked at ways to try and stop his team’s research. However, the ‘pirate’ angle wasn’t the clear target, another facet of the team’s research was.

“Building on the tradition of ‘breaching experiments’ in ethnomethodology, the research group sought to break into the hidden infrastructures of digital music distribution in order to study its underlying norms and structures,” project leader Pelle Snickars previously revealed.

With this goal, the team conducted experiments to see if the system was open to abuse or could be manipulated, as Fleischer now explains.

“For example, some hundreds of robot users were created to study whether the same listening behavior results in different recommendations depending on whether the user was registered as male or female,” he says.

“We have also investigated on a small scale the possibilities of manipulating the system. However, we have not collected any data about real users. Our proposed methods appeared several years ago in our research funding application, which was approved by the Swedish Research Council, which was already noted in 2013.”

Fleischer says that Spotify had been aware of the project for several years but it wasn’t until this year, after he spoke of Spotify’s past as a ‘pirate’ service, that pressure began to mount.

“On May 19, our project manager received a letter from Benjamin Helldén-Hegelund, a lawyer at Spotify. The timing was hardly a coincidence. Spotify demanded that we ‘confirm in writing’ that we had ‘ceased activities contrary to their Terms of Use’,” Fleischer reveals.

A corresponding letter to the Swedish Research Council detailed Spotify’s problems with the project.

“Spotify is particularly concerned about the information that has emerged regarding the research group’s methods in the project. The data indicate that the research team has deliberately taken action that is explicitly in violation of Spotify’s Terms of Use and by means of technical methods they sought to conceal these breaches of conditions,” the letter read.

“The research group has worked, among other things, to artificially increase the number of plays and manipulate Spotify’s services using scripts or other automated processes.

Fleischer admits that part of the research was concerned with the possibility of artificially increasing the number of plays, but he says that was carried out on a small scale without any commercial gain.

“The purpose was simply to test if it is true that Spotify could be manipulated on a larger scale, as claimed by journalists who did similar experiments. It is also true that we ‘sought to hide these crimes’ by using a VPN connection,” he says.

Fleischer says that Spotify’s lawyer blended complaints together, such as correlating terms of service violations with violation of research ethics, while presenting the same as grounds for legal action.

“The argument was quite ridiculous. Nevertheless, the letter could not be interpreted as anything other than an attempt by Spotify to prevent us from pursuing the research project,” he notes.

This week, however, it appears the dispute has reached some kind of conclusion. In a posting on his Copyriot blog (Swedish), Fleischer reveals that the Swedish Research Council informed the researchers that the case has been closed, i.e. they do not agree with Spotify’s claims and won’t withdraw funding.

“It must be acknowledged that Spotify’s threats have taken both time and power from the project. This seems to be the purpose when big companies go after researchers who they perceive as uncomfortable. It may not be possible to stop the research but it can be delayed,” Fleischer says.

“Sure [Spotify] dislikes people being reminded of how the service started as a pirate service. But instead of inviting an open dialogue, lawyers are sent out for the purpose of slowing down researchers.”

Spotify Teardown. Inside the Black Box of Streaming Music is to be published by MIT Press in 2018.