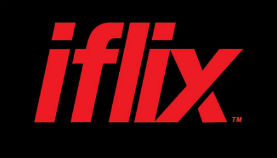 However, this unofficial market also offers a valuable pool of often publicly available data on the media consumption habits of a relatively young generation.

Many believe that piracy is in part a market signal showing copyright holders what consumers want. This makes piracy statistics key business intelligence, which some companies have started to realize.

Netflix, for example, previously said that their offering is partly based on what shows do well on BitTorrent networks and other pirate sites. In addition, the streaming service also uses piracy to figure out how much they can charge in a country. They are not alone.

Other major entertainment companies also keep a close eye on piracy, using this data to their advantage. This includes the Asia-based streaming portal iFlix, which recently secured $133 million in funding and boasts to have over five million users.

Iflix co-founder Patrick Grove says that his company actively uses piracy numbers to determine what content they acquire. The data reveal what is popular locally, and help to give viewers the TV-shows and movies they’re most interested in.

“We looked at piracy data in every market,” Grove informed CNBC’s Managing Asia, which doesn’t stop at looking at a few torrent download numbers.

Representatives from the Asian company actually went out on the streets to buy pirated DVDs from street vendors. In addition, iflix also received help from local Internet providers which shared a variety of streaming data.

TorrentFreak reached out to the streaming service to get more details about their data gathering techniques. One of the main partners to measure online piracy is the German company TECXIPIO, which is known to actively monitor BitTorrent traffic.

The company also maintains a close relationship with Internet providers that offer further insight, including streaming data, to determine which titles work best in each market.

While analyzing the different sets of data, the streaming service was surprised to see the diversity in different regions as well as the ever-changing consumer demand.

“Through looking at the Top 20 pirated DVDs in every market we are live in, we were surprised to find the amount of pirated K-drama content. In Ghana for example, the number one pirated title is K-drama series called ‘Legend of the Blue Sea’,” an iflix spokesperson told us.

Iflix believes that piracy data is superior to other market intelligence. Before rolling out its service in Saudi Arabia the company made a list of the 1,000 most popular shows and used that to its advantage.

While there is a lot of piracy in emerging markets, iflix doesn’t think that people are not willing to pay for entertainment. It just has to be available for a decent price, and that’s where they come in.

“We believe that people in emerging markets do not actively want to steal content, they do so because there is no better alternative,” the company informs us.

“As consumers become more connected, gaining access to information and cultural influences on a global scale, they want to be entertained at a world-class standard. We set out with the aim of offering an alternative that is better than piracy; by providing unlimited access to high-quality, world-class entertainment, all at the price of pirated DVD.”

There is no doubt that iflix is ambitious, and that it’s willing to employ some unusual tactics to grow its userbase. The company is quite optimistic about the future as well, judging from its co-founder’s prediction that it will welcome its billionth viewer in a few years.