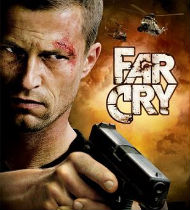 Since the beginning of this year the United States Copyright Group (USCG) has sued tens of thousands of BitTorrent users who allegedly downloaded films without the consent of copyright holders.

Their most prominent client are the makers of the Oscar winning Hurt Locker, but that is just one of the many pending cases that have been filed in recent months.

One of the cases, that of the Far Cry makers against 4577 unnamed defendants, has had some interesting developments this week. USCG has previously sent out subpoenas to the ISPs of the defendants, but many of the alleged downloaders have countered these claiming that they fall outside of the Court’s jurisdiction.

“As of yet, none of the John Does has been named in this case. Even so, many individuals have entered the case as “Interested Parties” and have moved to dismiss all allegations against them, most protesting this Court’s jurisdiction over persons in other parts of the country,” Judge Collyer notes.

The copyright holders were instructed by the Court to name and serve all defendants before November 18, 2010, but instead asked for a massive 5 year extension. One of the reasons they cite for the extension is the fact that Internet provider “Time Warner” only has to identify the personal details of 28 IP-addresses a month.

Judge Collyer responded to the request yesterday, but did not agree in full and came out with the following order, as spotted by Slyck.

“The request is patently unfair and prejudicial to all John Does who have been identified by an ISP, and good cause is not shown as to these identified Does. Plaintiff will file a Second Amended 2 Complaint and will serve it, no later than December 6, 2010, identifying by name and address Defendants over whom it reasonably believes the Court has personal jurisdiction and whom it wants to sue.”

Of course, USCG nor the copyright holders are interested in filing a full lawsuit against individual downloaders. They simply want the names and addresses of the account holders that are linked to the IP-addresses so they can push these individuals to pay a large settlement fee outside of court.

However, Judge Collyer’s order seems to be a significant win for most of the defendants, who will fall outside of the jurisdiction of the District Court of Columbia. Although the wording of the order avoids implicitly saying that such cases should be dropped, it’s fairly certain that the copyright holders will have to file a new case for those IP-addresses that geographically fall outside of the Court’s district.

If this is indeed the case then thousands of defendants will see their cases dropped. For the USCG this will throw up another roadblock that hinders their pay-up-or-else scheme, or at least makes it more costly to execute.

This has not been a particularly good week for anti-piracy lawyers involved in this type of work. In the UK, Davenport Lyons, the pioneers of the pay-up-or-else scheme, are responsible for knowingly targeting innocent people based on unreliable evidence according to the Solicitors Regulatory Authority.