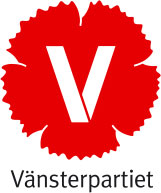 At the party’s congress this weekend, party members had to vote on a motion that would legalize the uploading and downloading of copyrighted material for personal use, as long as it is not for commercial purposes.

“To many of us in the Left Party, file sharing is something positive in the same obvious way that public libraries are,” the motion read, going on to describe the general opinion on file sharing in Sweden.

In addition, the motion stated that the various measures taken for trying to stop file sharing, such as big brother-like surveillance, or arbitrary sentences against individuals, are unacceptable.

The Pirate Bay, the main reason why piracy is such a hot topic in Sweden, was also mentioned in the motion. “The farce that is the ongoing legal procedures against The Pirate Bay also shows how legal security is in risk of being compromised by those trying to enforce the current ban on file sharing,” it read.

The motion concluded that legalizing piracy is the solution, and that the Left Party should take a stand for opening the possibilities to make copies for personal use.

The congress was split on the issue, and debate was heated before the vote on Sunday, but when the vote was taken it fell in favour of the motion legalizing file sharing.

“We obviously want to be the cultural workers’ party in the future, but legislation which makes the majority of the adult population criminals must be changed,” Elise Norberg Pilhem of the party’s board said.

Today, only a few hours after The Left Party’s new stance on file sharing, another initiative in the same direction was presented from across the aisle. The Swedish Center Party – the third largest party in Sweden, currently in government with four cabinet ministers, has called for an improvement in current copyright legislation.

Earlier this year the party had no success in convincing their colleagues in the government coalition to legalize non-commercial file sharing. Today, the party demands a complete oversight of the copyright legislation, and the appointment of a commission to investigate how a new copyright law could be constructed.

We now see a younger generation questioning copyright more and more, and with that there will be demands for updated copyright legislation. We need a legislation that is accepted by as many as possible, says Annie Johansson, the Center Party’s spokesperson on copyright.

It looks like things are changing for the better in Sweden.