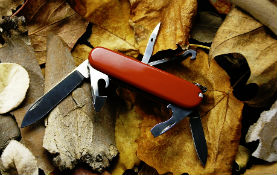 In a few weeks, the Office of the United States Trade Representative (USTR) will publish its annual Special 301 Report, highlighting countries that fail to live up to U.S copyright protection standards.

In recent years Switzerland was among countries that were placed on the ‘Watch List.’ In 2019, for example, the US reported that the Swiss had made some progress, but not enough. Its copyright protection and enforcement policies were not up to par.

These comments are far from new. Based on input from copyright holders, the USTR has repeatedly called out Switzerland’s policies. However, the European country believes that this should change now that its new copyright law will come into force on April 1, 2020.

In a letter to the USTR, the Swiss Government sums up the progress made, while countering ongoing criticism from copyright holder groups such as the Intellectual Property Alliance (IIPA).

Switzerland’s revised Copyright Act addresses the main concerns that the United States and its industry stakeholders have raised. This includes a ‘stay down’ requirement for hosting services to ensure that infringing content isn’t reuploaded.

“If pirate sites are hosted in Switzerland, the revised legislation targets them by creating a ‘stay-down’ obligation. Such hosting providers will have to ensure that infringing content, once removed, remains off their servers,” the Swiss letter notes.

The revised legislation also includes a provision that addresses the Logistep ruling, which prevents companies from harvesting the IP addresses of file-sharers. This will soon be an option, as long as civil claims are tied to a criminal proceeding, which appears to exclude standard copyright-trolling efforts.

With these changes, Switzerland does indeed cover some of the concerns previously raised by rightsholders. However, the country has also drawn a clear line on several other issues. This includes the option of pirate site blocking, which was high on the list.

The Swiss Government also remains committed to the “private use” exception for downloading. This means that regular citizens who download copyrighted content from illegal sources will not be criminalized. Uploading the same content remains illegal, as it has always been.

Rightsholders had hoped the country would do more and will likely be disappointed. Earlier this month, the IIPA pointed out that the country is a haven for Internet piracy services. The Swiss, however, stress that the ‘stay down’ requirements will likely change that. In addition, rightsholders also have other means at their disposal.

The letter references the IIPA’s own comments, which show that even without the new law, rightsholders were able to target infringing services by going directly to RIPE.

“[T]he IIPA in its submission points out that the Réseaux IP Européens (RIPE), which controls the allocation of IP addresses in Europe, has been successful in removing Switzerland-based Internet Service Providers (ISPs) involved in internet piracy.

“It thereby illustrates that there are already effective measures in place for right holders to successfully act against internet piracy services based in Switzerland,” the letter adds.

The Swiss Government firmly believes that the revised Copyright Act should put an end to the continued criticism. As such, another mention on the Watch List will unjustified and inappropriate.

Whether the USTR agrees with this conclusion will become apparent in the upcoming Special 301 Report, which is set to be released later this year.