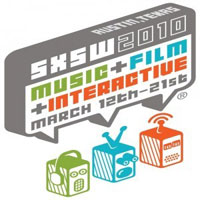 Since 2005 the SXSW music festival has published thousands of free tracks from participating artists. For some of the previous editions, SXSW itself has offered torrents for the artist showcases, but since 2008 this task has been delegated to the public.

Since all of the MP3s are available for download on the festival’s site, it only takes one person to get a torrent up and running.

In 2008 it was Greg Hewgill who took the time and effort to put all the MP3s into one big torrent, and for the 2009 and 2010 editions Ben Stolt has done the same. Torrents of the previous editions have been a huge success and were downloaded more than 100,000 times.

All the tracks have been made available by the artists themselves which means that they are totally RIAA-safe. The first release of the 2010 SXSW edition contains 646 tracks totaling 3.35 GB. A second batch with another 200+ tracks is expected to be released in the near future (edit: it was released a few hours ago).

The torrents include tracks from upcoming as well as established artists in nearly all music genres one can think of. If you’re in for a musical journey at no expense it is absolutely a recommended download.

This year’s SXSW music festival takes place between March 17-21 in Austin Texas. All the tracks released for the previous editions are also still available for those people who want to fill up their iPod without having to invest tens of thousands of dollars.