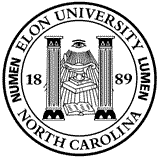 The intent of FUD is to make people afraid (Fear) confuse issues and facts (Uncertainty) and make people change their attitudes to what they’ve done (Doubt). In many ways it’s the cheapest and easiest anti-piracy method. It doesn’t rely on facts, but on careful releases of information, and calculated small acts.

A small act could be starting a rumor or giving an interview to a student newspaper. Such tactics are cheap and often have much better returns than costly (and ultimately useless) technology-based methods. They also have the added advantage that if they don’t work, it doesn’t tend to count against you. That is, unless you’re caught at it.

FUD is used everywhere. At Elon University, a small university just east of Greensboro, in North Carolina for example. In a file-sharing piece last week in the student newspaper, the strategy of intimidation was plain to see. If you are unaware of the law regarding copyright infringement, however, you might be taken in.

The article starts with talk of rumors, concerning all manner of things designed to instill fear; RIAA reps roaming the campus, being able to backtrack to things that happened years ago. Rumors that lead to uncertainty (how far back? Will that include something I did?) as well as doubt (anything I can do about it?).

Throughout the article, Assistant Vice President for Technology Chris Fulkerson makes it clear that students should be very careful. However, he’s not afraid to tweak the facts a little, or tell outright lies, for that matter. At one point he states that the fine is “$250,000 per infraction” which is a complete lie. As regular readers and followers of US copyright infringement cases know, the maximum damages that can be awarded per infraction is $150,000 not $250,000 (USC Title 17, § 504 (c)(2)). The most they have managed to get in these cases is $9,250, but even that turned out to be too much.

Of greatest worry was his position on the details of students. Fulkerson has said that when/if the RIAA asks for names and details that correspond to an IP, the university will hand them over if the person can be identified. As the RIAA’s strategy is to file many lawsuits, and try and force a settlement (by making it cheaper to settle than to contest), handing over details is in the worst possible interests of the students, and may be illegal. Regardless of its legality, or how true the statement is in practice, the impact of the statement is chilling to many students.

Fulkerson also makes some other comments designed to disquiet the students. He says that the RIAA has no need to visit Elon, they can just jump on the net and track people down, and that the university ‘must comply’ with the RIAA. Again, this is not even close to the truth. The RIAA is a lobby group, not a government or law enforcement agency, and there is no requirement to comply with them. On the contrary, RIAA’s “tracking company” MediaSentry is not listed as holding a private investigators license by the state, nor are investigators from their home state of Maryland allowed to practice in North Carolina.

Elon is not alone though. In Bethlehem, Pennsylvania, Lehigh University also has a similar belief. Speaking to their student paper, University security officer Blair Bernhardt said that when they receive a notification of alleged infringement, the target’s Internet access is immediately cut off. “We lock the port instantly because we have to,” he said. “It’s the law to block access to the infringing materials, and it keeps the university from being liable for anything.” What law requires this action is currently unknown.

Unlike the MPAA and RIAA’s campaigns, these FUD methods tend to work, because the universities have student’s personal details. Worse, the person that should be the student’s supporter, is the student’s enemy. Mr Fulkerson did not respond to requests to comment.