The Failed Battle To Stop The World’s First Camcorder Pirates

Born in London in 1892, John William Cotter began his career in film during 1909. At the age of 17 he became the projectionist at the Palace theater in Woolwich, a job that was interrupted in 1914 by the outbreak of World War I.

During the hostilities, Cotter – who would become more commonly known as Jack – served in the balloon section of the Royal Flying Corps, but he later returned to film. Between 1919 and 1920 he worked briefly for Topical Budget, a silent British newsreel that ran from 1911 to 1931. It would be this company’s rights Cotter would breach in his role as one of the world’s first ‘camming’ pirates.

Sometime between 1920 and 1922, Cotter joined film and newsreel company British Pathé but it would be in the following year that he hit the big-time as a notorious pirate. With London’s Wembley Stadium completed, it would play host to the 1923 F.A. Cup Final, the most prestigious event in English soccer. The opposing teams would be Bolton Wanderers and London’s own West Ham United.

But for British Pathé, who hoped to film the match, there was a serious problem. Rival Topical Budget – Cotter’s former employer – had paid £1,000 to secure exclusive rights to the event. Cotter was undeterred. Fans of West Ham United call their team ‘The Hammers’ and this mental image gave Cotter a cunning plan.

Just as the maVen’s of today may hide their cameras in anything from a drinks cup to a modified wheelchair, as can be seen from the images below Cotter hid his camera in a giant hammer he’d fashioned from wood. He successfully recorded much of the event in true camming style, with plenty of heads and other obstacles in the way.

In his piracy efforts, Cotter wasn’t on his own. Intent on getting some aerial shots of the match Pathé hired a plane. Unfortunately that eventuality had been anticipated by Topical Budget who had painted their company name in giant letters across the top of the roof of Wembley Stadium, perhaps providing the first ever anti-piracy ‘watermark’ in the process.

However, according to a 1933 book by news photographer Bernard Grant, in an attempt to thwart the Pathé pirates even more sophisticated anti-piracy measures were put in place during the previous year’s F.A. Cup Final.

“I saw the battle from the top floor of a high building overlooking the ground, from where I had hoped to obtain some photographs with a long-focus camera, but as I was sharing the position with the well-known film man, Frank Bassill, on this occasion a ‘pirate’ [for Pathé], I was handicapped by the efforts of the defenders [Topical Budget],” Grant wrote.

Amazingly, in addition to sending up an air balloon to block the view, around the ground Topical Budget had deployed multiple heliographs, mirrored devices usually used to reflect sunlight in order to send morse code over great distances. In this case they provided blinding light to ruin filming. But it still wouldn’t be enough to deter the swathy pirates of Pathé. 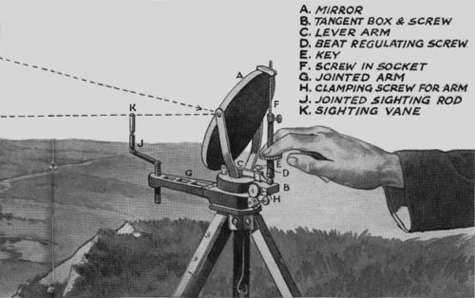 “At the sound of the referee’s whistle starting the match there came a terrific noise of hammering and crashing at a point away to our left, and we saw the corrugated-iron roof of a building alongside the ground fly off in all directions,” wrote Grant.

“A moment later there appeared, rising through the aperture, two heads which I recognised through my glasses as those of Tommy Scales and Leslie Wyand, pioneers in the production of movie news reels. Steadily they rose higher and higher, turning their handles as they came, as the telescopic tower ladder upon which they stood was wound up by friends in the room below,” Grant continued.

“This happening brought into action the defenders’ [rightsholder Topical Budget’s] large mobile ‘stand by’ force, members of which, armed with double-poled banners and flags, dashed off to meet the attack.”

While the pirates were ultimately successful, money was rarely made directly from obtaining footage in this way. The prestige of having the events in future news reels was the important thing to Topical Budget and Pathé.

However, despite the ‘immoral’ act of violating someone’s exclusive rights, there is a very interesting cultural footnote to these acts of piracy.

According to Bioscopic, a site dedicated to early and silent cinema, Topical Budget’s footage of the 1922 Cup Final was completely lost. Without Pathé’s pirate footage, the entire event would have been lost forever.

Furthermore, in order to cut the cost of buying exclusive rights to the 1924 F.A. Cup Final, Topical Budget and Pathé decided to put in a joint bid to film the match together.

“It was turned down,” Bioscopic explain. “Consequently no film exists of the F.A. Cup Final of 1924.”

Come back pirates, all is forgiven.