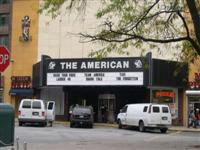 The MPAA claims that New York is a pirate movie haven and with a claimed 43% of all camcorded movies originating from the city, it was just a question of time before Major Bloomberg’s and the MPAA’s anti-piracy campaign – coupled with new legislation – claimed its first scalp.

According to reports, police descended on the American Theater on East Avenue in Parkchester, after warning theater workers in advance that they were about to conduct a sting to arrest a known movie ‘cammer‘ at a sneak preview of the new movie ‘Transformers’.

After waiting until the end of the screening on Monday night, Kalidou Diallo, 48, was surrounded by seven plain clothes officers, arrested and subsequently charged with the new anti-piracy misdemeanor. He had been allegedly filming or ‘camming’ the movie, utilizing a hidden camera and digital recorder.

The manager of the American Theater, Justin Hill, said that the authorities knew that his theater was the source of the ‘cams’. “The movie companies … knew it was coming from our theater,” he said. “We were taking heat for it because we weren’t catching anyone.”

Under the previous law, getting caught meant up to 15 days in jail and $250 fine. The new measures signed in May 1, makes ‘camming’ a misdemeanor offense, which means that Diallo is facing a possible 6 months in jail, accompanied by a $5,000 fine.