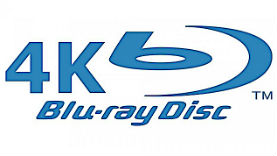 Nowadays, movie buffs and videophiles find it hard to imagine a good viewing experience without UHD content, but disc rippers and pirates have remained on the sidelines for a long time.

Protected with strong AACS 2.0 encryption, UHD Blu-ray discs have long been one of the last bastions movie pirates had yet to breach.

This year there have been some major developments on this front, as full copies of UHD discs started to leak online. While it remained unclear how these were ripped, it was a definite milestone.

Just a few months ago another breakthrough came when a Russian company released a Windows tool called DeUHD that could rip UHD Blu-ray discs. Again, the method for obtaining the keys was not revealed.

Now there’s another setback for AACS LA, the licensing outfit founded by Warner Bros, Disney, Microsoft, Intel, and others. On various platforms around the Internet, copies of 72 AACS 2.0 keys are being shared.

The first mention we can find was posted a few days ago in a ten-year-old forum thread in the Doom9 forums. Since then it has been replicated a few times, without much fanfare. 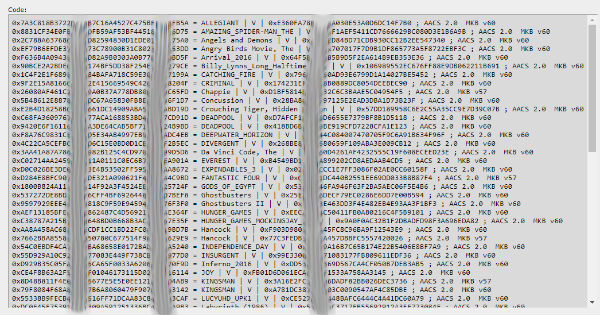 The keys in question are confirmed to work and allow people to rip UHD Blu-ray discs of movies with freely available software such as MakeMKV. They are also different from the DeUHD list, so there are more people who know how to get them.

The full list of leaked keys includes movies such as Deadpool, Hancock, Passengers, Star Trek: Into Darkness, and The Martian. Some movies have multiple keys, likely as a result of different disc releases.

The leaked keys are also relevant for another reason. Ten years ago, a hacker leaked the AACS cryptographic key “09 F9” online which prompted the MPAA and AACS LA to issue DMCA takedown requests to sites where it surfaced.

This escalated into a censorship debate when Digg started removing articles that referenced the leak, triggering a massive backlash.

Thus fas the response to the AACS 2.0 leaks has been pretty tame, but it’s still early days. A user who posted the leaked keys on MyCe has already removed them due to possible copyright problems, so it’s definitely still a touchy subject.

The question that remains now is how the hacker managed to secure the keys, and if AACS 2.0 has been permanently breached.