After the Jake Paul vs. Ben Askren fight was streamed illegally online, Triller filed a $100m complaint against several domains and individuals, describing them as “business entities” that breached its copyrights.

This was supported by an amnesty program, advising people who watched the fight illegally to pay $49.99 to avoid being sucked into Triller’s litigation drive.

The Judge said that joining them all in the same action as cooperating parties raised the possibility that the illegal conduct of one defendant could be wrongly attributed to another independent defendant.

As a result, the Court ordered all defendants other than FilmDaily.com to be dismissed. Triller responded by filing a separate lawsuit against the H3 Podcast has now followed up with separate lawsuits against three of the original defendants. This time around, Triller is being rather more specific.

In a lawsuit filed in a California court Thursday, Triller names Robiul Awal, Robiul Islam, Online2LiveStream.us and Does 1 to 10 as defendants. The complaint begins by following the format of the original lawsuit and names Awal and Islam as the alleged owners and/or operators of Online2LiveStream.us.

The lawsuit alleges that all defendants operated as part of a conspiracy, with Awal and Islam operating their site as a device to avoid liability.

“Defendant Online2LiveStream are, and at all times herein mentioned were, controlled, dominated, and operated by Defendants Awal and Islam as their alter ego, in that the activities and business of Defendant Online2LiveStream were carried out without annual meetings, and without keeping records or minutes of any proceedings, or maintaining written resolutions,” the complaint reads. 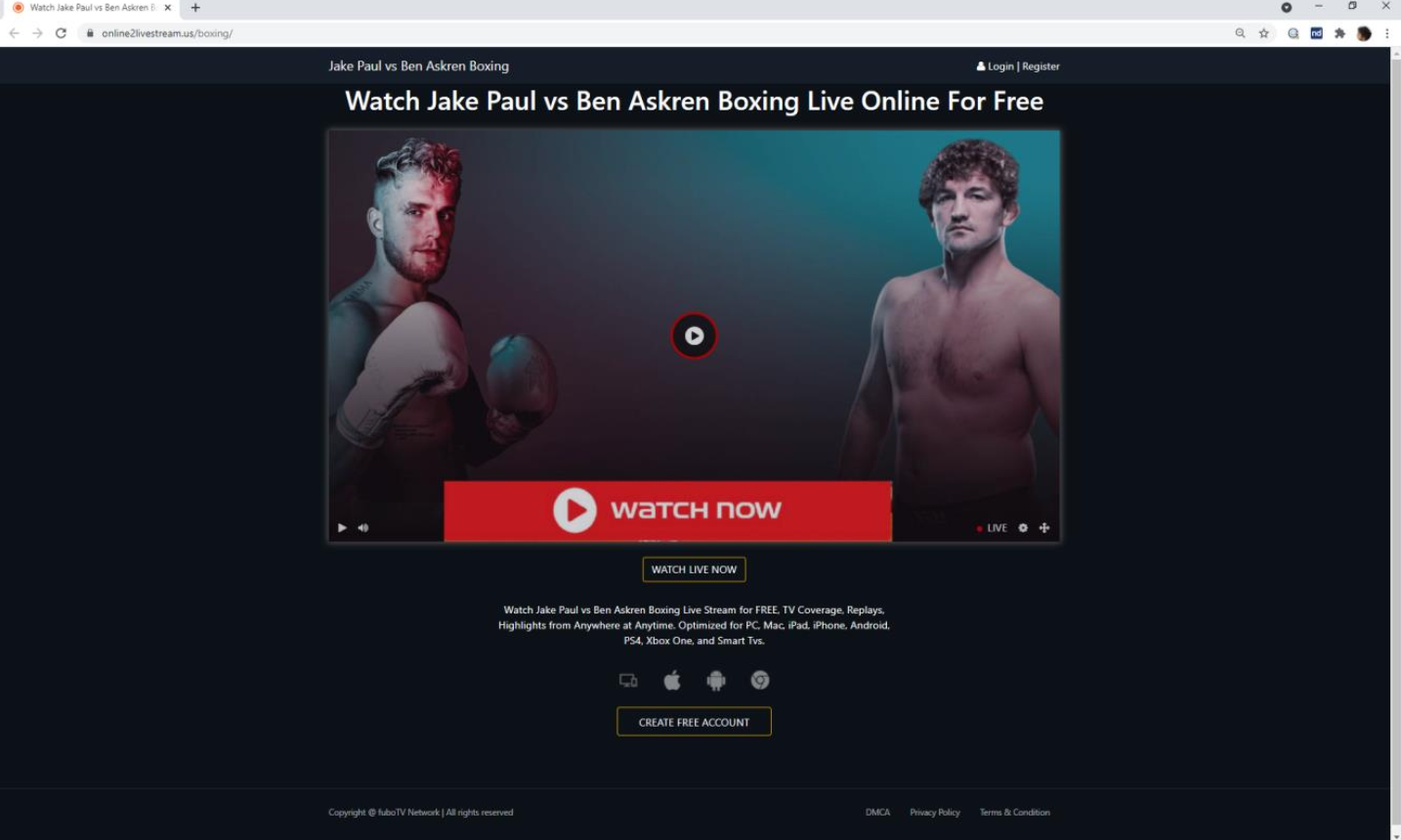 Visitors to the site who want to watch boxing are now presented with a splash screen suggesting they can watch the Paul vs. Askren fight but like many sites that attempt to cash in while cashing out, this now leads to nowhere good. Indeed, the site now links to a scam site that is happy to take people’s credit card details but doesn’t offer what it claims to provide.

“Defendants misleading the public as to the lawful way to obtain Plaintiff’s service has injured Plaintiff,” Triller writes.

In a second lawsuit filed in the same US court, Triller targets Brandon T. Williams, the person who allegedly operates online using the ItsLilBrandon “business entity”, plus Does 1 to 10.

“[D]efendants, and each of them, solicited payments in exchange for their unlawful uploading, distribution, and public display of the Broadcast to users of the YouTube Channel by, among other things, asking users to ‘please help me out’ and providing information for an account with Cash App, a mobile payment processing service,” the complaint notes.

In common with the suit against Online2LiveStream, Triller describes the ItsLilBrandon ‘branding’ as a shell to avoid liability. The company claims that this “business entity” was operated without annual meetings, without keeping records or minutes of any proceedings, or maintaining written resolutions.

The final lawsuit in this batch targets several business entities and individuals with a focus on Canada – 8100462 Canada Inc. (doing business as MediaHub aka Performance Marketers), 8099316 Canada Inc., Diglo Inc., an individual named as Nicolas Klivokiotis, plus Does 1 to 10.

According to Triller, the defendants are the owners and operators of various torrent and streaming websites including Sports-Today.club and My-Sports.club.

Triller says this was a for-profit operation, with visitors directed to external and/or shareable payment links (including PayPal) to fund the defendants’ breaches of the company’s rights. 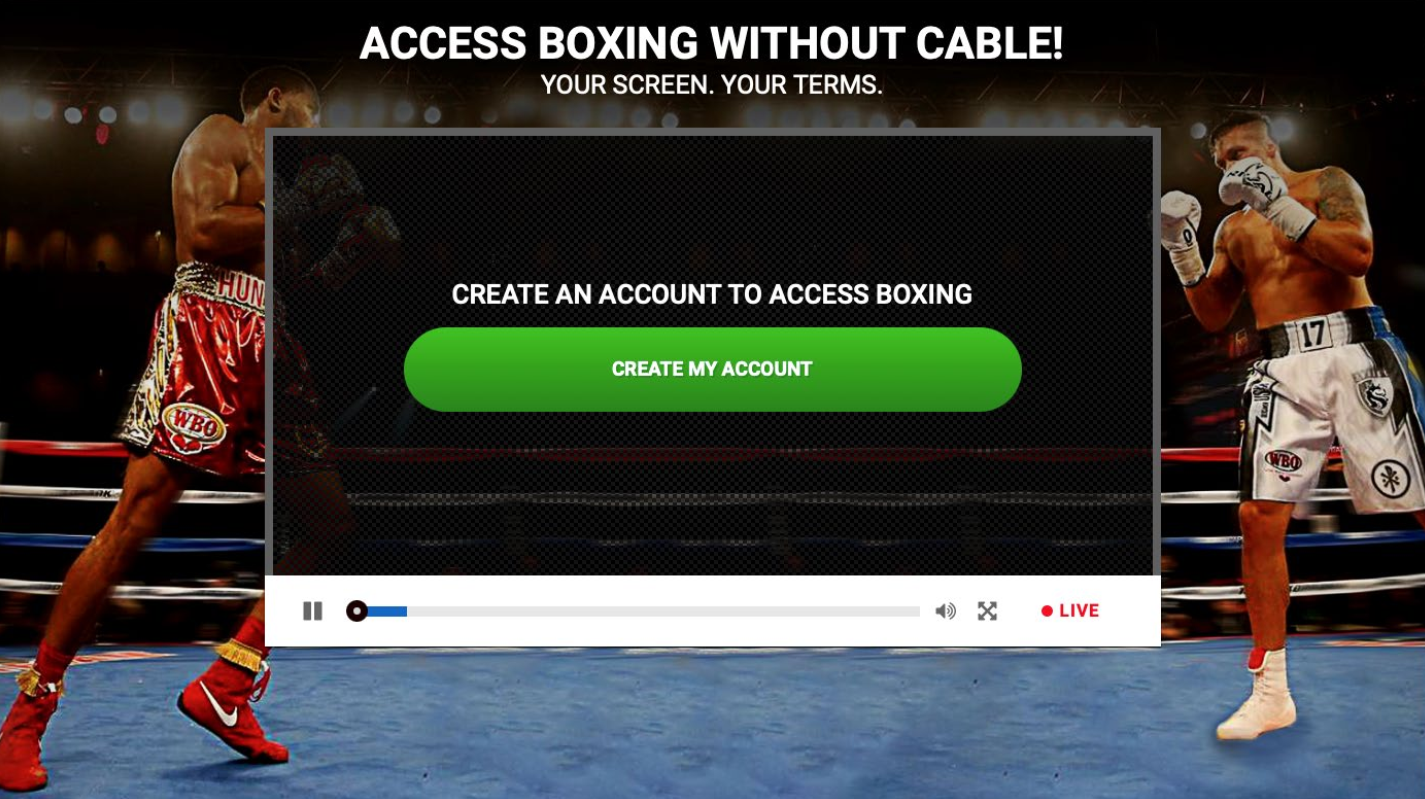 “Upon information and belief, Defendant Klivokiotis owns, operates, or otherwise controls the Websites for the purpose of permitting, encouraging, facilitating, and inducing the sharing of videos and live programing of audiovisual materials between users of the Websites.”

Similar allegations to those made against Online2LiveStream and ItsLilBrandon suggest that the companies named in the suit acted as “shells” to shield Klivokiotis from liability. Most other claims are broadly the same as those made in the other two lawsuits, demanding relief for copyright infringement, vicarious copyright infringement, violations of the Federal Communications Act, conversion, and violation of the Computer Fraud and Abuse Act.

Claims For Relief (All Lawsuits)

Triller is demanding an injunction to prevent ongoing infringement, plus an order awarding it all of the profits made by the defendants and damages to cover its losses.

Finally, and on a less serious note, poor old Ben Askren simply can’t catch a break. In addition to being knocked out by Jake Paul, before the fight he was inexplicably announced as ‘Ben Askew’ by veteran ring announcer Michael Buffer, much to his disbelief and the amusement of Jake Paul.

In Triller’s lawsuits, ‘Funky Ben’ is also referred to by the surnames ARKSEN and ARSKEN.