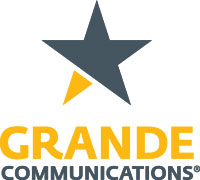 Some prefer to do it through innovation, while others prefer educational messages, warnings or even lawsuits. Another group is aiming to generate revenue by obtaining lots of small cash settlements.

Rightscorp has chosen the latter model but unlike traditional copyright trolls it uses the DMCA to reach its goal. On behalf of copyright holders such as Warner Bros. they send DMCA notices with a settlement offer to ISPs, who then forward them to their customers.

Not all ISPs are cooperating with this scheme, but for this problem Rightscorp also found a solution. In recent months the company has requested more than 100 DMCA subpoenas, asking smaller ISPs to identify hundreds or thousands of alleged pirates.

These DMCA subpoenas bypass the judge and only have to be signed off by a court clerk. In other words, Rightscorp uses an uncommon shortcut to cheaply and quickly expose the alleged pirates, and nearly all of the ISPs happily complied.

The Texas ISP Grande Communications also received a signed subpoena in the mailbox, listing 30,000 IP-addresses/timestamp combinations of alleged pirates. However, Grande informed the court that it refuses to identify its account holders. Among other things, it argues that Rightscorp abuses the Court’s subpoena power.

“The Subpoena is part of an ongoing campaign by Rightscorp to harvest ‘settlements’ from Internet subscribers (who may or may not have been the users of their accounts at the times and dates in question) located across the nation through an abuse of the subpoena power of the federal courts in California,” Grande’s lawyer writes.

The Internet provider further notes that the anti-piracy company is only issuing these subpoenas to smaller regional ISPs as these are less likely to fight back.

“As can be seen from the PACER listing, Rightscorp has avoided sending subpoenas to any of the national ISPs (such as Verizon, AT&T, or Comcast), but instead has sent subpoenas to regional ISPs in various locations around the nation,” Grande writes.

“Presumably, Rightscorp is hoping that the regional ISPs, with smaller in-house legal departments, will be likely to simply comply with its subpoenas, especially given that those subpoenas bear the signature of the Clerk of the Court.”

Grande then goes on to state that jurisprudence has long-established that DMCA subpoenas can’t be used to identify file-sharers. Instead, Rightscorp should file a copyright infringement lawsuit as many other copyright holders have, so that a judge can properly review the evidence and arguments.

The ISP believes that Rightscorp is trying to bypass the scrutiny of a judge in order to avoid due process from taking place. This should not be allowed and Grande therefore asks the court to quash the subpoena.

“Rightscorp’s purpose in improperly issuing subpoenas under [the DMCA] is clear: to avoid judicial review of the litany of issues that would arise in seeking the requisite authorization from a court for the discovery of the sought-after information, including issues relating to joinder, personal jurisdiction, and venue.”

“In similar contexts and in no uncertain terms, the courts have stated that bypassing procedural rights of individual subscribers in order to harvest personal information en masse from a single proceeding will not be tolerated,” Grande adds.

When we covered Rightscorp’s use of DMCA subpoenas earlier this year, several legal experts indeed said that DMCA subpoenas are not allowed in file-sharing cases. This was decided in a case between Verizon and the RIAA more than a decade ago, and has been upheld in subsequent cases.

Rightscorp CEO Christopher Sabec disagreed, however, and he told TorrentFreak that the court made the wrong decision in the RIAA case. According to Sabec the verdict won’t hold up at the Supreme Court, so they’re ignoring it.

“The [RIAA vs. Verizon] Court case used flawed reasoning in concluding that an ISP such as Verizon is not a ‘Service Provider’ even though it clearly meets the definition laid out in the statute,” Sabec said.

“The issue has actually not been addressed by the vast majority of Circuit Courts. We believe that the decision you cite will be overturned when the issue reaches the Supreme Court,” he added.

Whether Rightscorp is indeed willing to fight this up to the Supreme Court has yet to be seen. For now, however, the alleged pirates are safe at Grande Communications.

It’s worth noting that Grande only has 140,000 customers. The 30,000 IP-address and timestamp combinations appear to include many duplicate entries, so the total number of affected subscribers is likely to be only a fraction of that number.