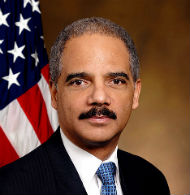 The lawyers claim that Megaupload was taken down without a legal basis to keep Hollywood happy, securing the donation stream from the major movie companies.

Despite the worries that the case against Megaupload may fall apart, Holder said he is still hopeful that Dotcom and the other defendants will be successfully prosecuted.