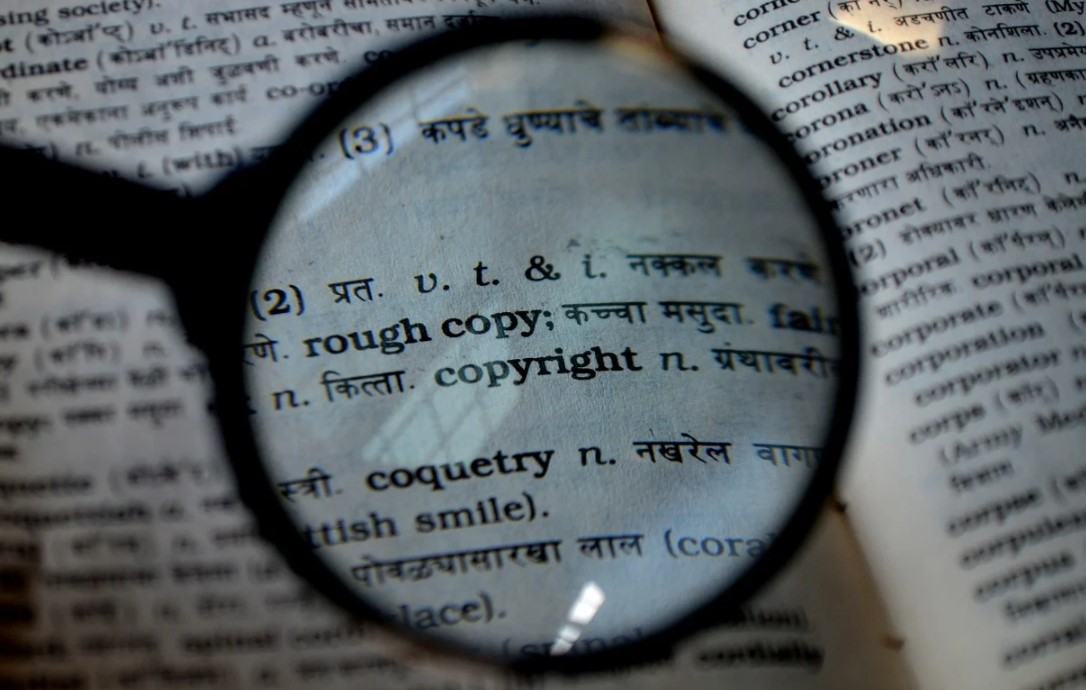 For years, U.S. lawmakers have considered options to update the DMCA so it can more effectively deal with today’s online copyright issues.

Senator Thom Tillis was one of the most recent to take up the baton. A little over a year ago, he released a discussion draft of the “Digital Copyright Act of 2021” (DCA) a potential successor to the current DMCA.

Among other things, the Republican senator believes that online platforms can and should do more to tackle online piracy, a view shared by Democrat Senator Patrick Leahy. Last summer, the pair wrote a letter to the Copyright Office, asking it to look into the feasibility of technical protection measures and automated takedown tools.

The Copyright Office launched a consultation in 2021 which triggered massive opposition against upload filters. In the meantime, Tillis and Leahy did not stand idly by. The senators drafted a bill to amend the DMCA to make it easier for the government to prescribe specific takedown tools for online hosting platforms.

With a bipartisan bill, the senators want to break the impasse between online services and rightsholders and move things forward. Last week they introduced the SMART Copyright Act of 2022, which could result in some significant changes to the DMCA.

The general idea is to grant the Copyright Office the power to designate standard technical protection measures to be implemented by online hosting platforms. These STMs can be tailored to specific niches such as audio and video, which offers much more flexibility than the current regime under the DMCA.

“In the fight to combat copyright piracy, there is currently no consensus-based standard technical measures and that needs to be addressed,” Senator Tillis comments.

“I am proud to introduce this bipartisan legislation that will provide widely available piracy-fighting measures and create a trusted and workable internet for our creative communities.”

Senator Leahy shares this view and stresses that the changes will help to protect artists and creators while enabling them to get paid.

“The technology exists to protect against this theft; we just need online platforms to use the technology. I’m working hard to make sure our artists get paid, and we can enjoy legal access to their wonderful creations,” Senator Leahy notes.

A government-imposed upload filter is something many rightsholders can rally behind, And indeed, groups such as the Motion Picture Association and Creative Future have already responded positively.

However, there are also more reserved responses. Public Knowledge, for example, believes that the bill opens the door to online censorship on a massive scale.

“This bill is the latest example of legislation that threatens the vibrant, open, and innovative internet in the name of intellectual property protection,” PK’s Policy Counsel Nicholas Garcia says.

“This bill will force digital platforms and websites to implement technical measures that monitor all content that users upload, automatically scrutinizing everything we write, create, and upload online for the sake of copyright protection,” he adds.

Re:Create Executive Director Joshua Lamel also believes that the bill is a step in the wrong direction. Describing it as very dangerous, he warns that it will stifle creativity, instead of promoting it.

“Technical mandates handed down by government lawyers without technical expertise or oversight will result in content filtering – stifling creativity, innovation, and the flow of information,” Lamel says.

These comments shouldn’t come as a surprise to Senators Tillis and Leahy. When they announced the bill, they also released a “facts and myths” sheet that aims to address some of this criticism.

Among other things, the senators stress that all government-imposed protection tools and takedown measures will go through a consultation process, where all stakeholders and the public are allowed to have their say. Technical experts, such as a yet-to-be appointed Chief Technology Advisor, will weigh in as well.

In short, the bill will give the government more tools to facilitate and encourage the implementation of anti-piracy mechanisms, while allowing online services to keep their safe harbors.

The full text of the bill provides more details on how the approval process of a proposed protection measure works. In addition to hearing stakeholders, experts, and the public, the designated protection measures have to be weighed on factors such as cost and availability. They shouldn’t create any major burdens for online services. 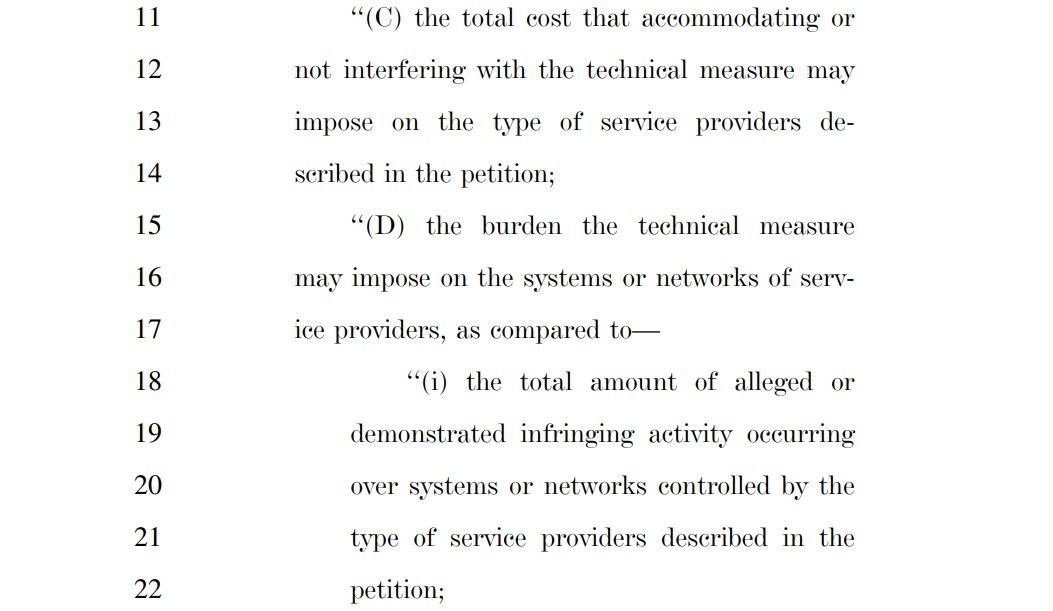 Similarly, the rights of the public are taken into account as well. This includes the impact a technical measure may have on privacy and data protection, as well as on free speech issues such as criticism and news.

“The Copyright Office’s particular expertise in the area of copyright and its exceptions — like fair use — can assist with ensuring the right balance is struck between curbing infringement that undermines authors’ constitutional rights and promoting online availability of materials,” the facts and myths sheet reads.

Finally, it is worth noting that online services will be able to appeal officially designated protection measures in court. In addition, they can also choose not to implement them. However, that opens the door to lawsuits from copyright holders.

The statutory damages amounts for services that fail to implement the designated technical protection measures are capped at $150,000 for a single violation, but that number can shoot up for repeat offenders.

With the bill, Senators Tillis and Leahy want to break the stalemate between copyright holders and online platforms. While many of the latter have already implemented their own takedown tools and systems, the SMART Copyright Act of 2022 envisions a broader rollout, where the authorities can pull more strings.

Whether the bill will ever be adopted is unclear at this point, but we can be certain that it will generate plenty of discussion in the months ahead.

‘The Digital Copyright Act Will Chill Innovation and Harm The Internet’