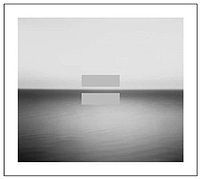 The official release date of U2’s twelfth studio album is set for 27 February in Ireland, early March for the rest of the world.

Unsurprisingly, it began to appear on BitTorrent sites just a few hours ago, well over a week in advance.

In just 10 hours the album has already been downloaded 100,000 times, which is notable for a music album. A few month ago, some of the fans already got a preview of four of the tracks, after a fan recorded them outside Bono’s villa in the south of France.

Unlike those early leaks, the quality full album that leaked today is reportedly of a quality worth listening to. The source of the leak is unknown, but it has to come from someone close to the band as there were no preview copies sent out to the press.

U2 has always taken an anti-piracy stance and wont be pleased to hear that the album is out before schedule. U2 manager Paul McGuiness has been particularly aggressive in his stance against file-sharers and has suggested that people who share copyrighted files should have their connection to the Internet severed. Skip to 2009 and the RIAA and IFPI are indeed pushing for such legislation.

It doesn’t stop there either. In order to prevent their latest album from being pirated, they refused to send out review copies to the press. Instead they organized listening parties where journalists could listen to the album in advance.

These ‘parties’ were of course surrounded by all kinds of security measures – recording devices and even mobile phones were not allowed anywhere near the hearings. Some good that did.

Despite all the effort the album leaked early, and many U2 fans are having a party of their own now. Over 100,000 of them – and counting.

U2 Tracks Leak After Bono Plays Stereo Too Loudly