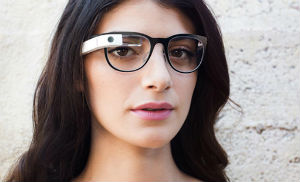 Google Glass is one of the newest threats on the block. Earlier this year the FBI dragged a man from a movie theater in Columbus, Ohio, after theater staff presumed he was using Google Glass to illegally record a film. While the man wasn’t recording anything at all, the response from the cinema employees was telling.

This month Google Glass went on sale in the UK, and unlike their American counterparts, British cinemas have been quick to announce a blanket ban on the new gadget.

“Customers will be requested not to wear these into cinema auditoriums, whether the film is playing or not,” Phil Clapp, chief executive of the Cinema Exhibitors’ Association told the Independent.

The first Glass wearer at a Leicester Square cinema has already been instructed to stow his device, and more are expected to follow. Google Glass wearers with prescription lenses would be wise to take a pair of traditional glasses along if they want to enjoy a movie on the big screen.

Movie industry group FACT sees Google Glass and other new recording devices as significant threats and works in tandem with local cinemas to prevent film from being recorded.

“Developments in technology have led to smaller, more compact devices which have the capability to record sound and vision, including most mobile phones. FACT works closely with cinema operators and distributors to ensure that best practice is carried out to prevent and detect illegal recordings taking place,” the group says.

In recent years the UK movie industry has intensified its efforts to stop camcording and not without success. In 2012 none of the illegally recorded movies that appeared online originated from a UK cinema while several attempts were successfully thwarted.

Last year, cinema staff helped UK police to arrest five people and another nine were sent home with cautions. As a thank you for these vigilant actions, the Film Distributors’ Association awarded 13 cinema employees with cash rewards of up to £500.