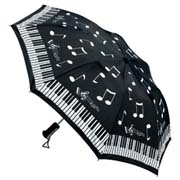 The last few years have proved enlightening and liberating for potential entrants to the music business. The Internet provides the possibility for artists to create their own work, market and promote it and finally, distribute it without the need for outside interference help.

Despite the growing ability to control their own destiny, thousands of artists and industry personnel still prefer the help and guidance of a recording label who, among other things, will take anti-piracy action where necessary. In turn, many of these labels feel that they themselves need some sort of support when trying to stamp out piracy, so they turn to a large umbrella group such as the BPI, the British equivalent of the RIAA.

There are many of these groups, all claiming to offer support to various parts of the music and recording industry. In addition to the BPI there is the Association of Independent Music which represents around 800 UK labels and distributors, The British Academy of Composers and Songwriters which claims to be “A single voice for all music writers”, and the MCPS-PRS Alliance, the outfit charged with the dignified collection of performance revenues. Not forgetting the Music Managers Forum of course, which represents the rights of pop music managers, and the self explanatory Musicians Union and Phonographic Performance Limited, which licenses recorded music on behalf of 3,500 labels and 37,000 performers.

Now, as if there aren’t enough industry associations in the music business already, along comes another. Starting today, a new umbrella group known as UK Music is born, and under its guidance will fall all of the other umbrella groups (and under them the artists, labels and distributors) as it aims to bring everyone together in one voice in harmony with itself, if that’s even possible.

After being appointed as the Chief Executive of British Music Rights, (yet another music umbrella group), the head and CEO of UK Music is the former pop star Feargal Sharkey. In addition to nurturing young musical talent, he will become the negotiator-in-chief between the music industry, the government and ISPs who between them will be expected to do the impossible – stamp out Internet piracy. Sharkey will be expected to unify all the hopes and dreams of all the other umbrella groups under his guidance, whilst influencing the decision makers in government, which should become easier with the recent arrival at UK Music of Jo Dipple, the former strategic communications adviser to the Prime Minister.

Speaking with The Guardian, Sharkey said that he believes that the Memorandum of Understanding recently reached between the government, labels and ISPs was an important moment and says he believes that unity shouldn’t be difficult to achieve. “The thing we all realized is that we all agree with each other 95% of the time. It’s looking at where the industry is going to be three, four or five years from now.” Sharkey isn’t just limiting his vision to five years, though. Another of UK Music’s aims will be to have the current copyright protection period of 50 years, extended further.

In 2009, UK Music will deliver a manifesto calling for government support in propping up the ever more bloated music industry – probably starting at the bar of one of many additional black-tie ‘umbrella’ events UK Music will spawn.