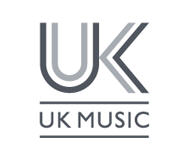 Born in 2008, UK Music is an umbrella organization which represents various elements of the music industry including musicians, songwriters and composers, labels, publishers, managers and various collecting societies. The group welcomed the introduction of the controversial Digital Economy Act this year.

For its chief, ex-Polydor A&R man and former pop star Feargal Sharkey, times are particularly good at the moment.

But becoming a doctor pales into insignificance when compared to the latest honor likely to be bestowed on the Irishman. According to a report which quotes sources close to new Prime Minister David Cameron, Sharkey is being considered for a life peerage as reward for his efforts supporting the music industry.

It is suggested that his place in the House of Lords, where the then Digital Economy Bill was debated extensively, would be as an independent peer without supporting any particular party. He would also be able to continue his regular job.

“David Cameron is ­deeply impressed with Feargal and his knowledge, leadership and commitment when it comes to representing the music ­business,” a government source told The Mirror. “He would be a welcome ­addition to the House of Lords or in a role advising the ­Government, ­although nothing has been finalised yet.”