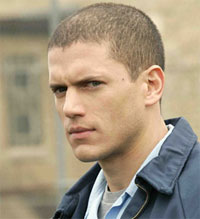 Every week we take a look at the most downloaded TV-Shows on BitTorrent. This off-season week is an unusual one, as the final two episodes of Prison Break that never aired on US television were downloaded by nearly 2 million people.

Unlike the regular episodes these last two were never aired by Fox on US television, this also shows in the download statistics. Up to 25 percent of the downloads came from the US compared to little over 5 percent for the other episodes that did air on television.

Episode 23 and 24 of the fourth Prison Break season are available on BitTorrent because some non-US networks did decide to air them. ‘Prison Break: The Final Break’, as the final two episodes are called, is scheduled for a (ca-ching) DVD release in the US on July 21.

The data for the most downloaded TV episodes of this week are listed below. The data are collected by TorrentFreak from a representative sample of BitTorrent sites and is for informational and educational reference only.

TVTorrents.com Shuts Down For Good