US Authorities Silence NinjaVideo Founder, Rush Her to Prison 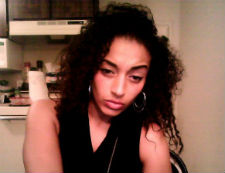 Mid-2010, nine sites connected to movie streaming were targeted by the U.S. government. They included NinjaVideo.net, at the time one of the Internet’s most prominent video streaming sites.

Hana Beshara, known online as Phara, was the first of the site’s founders to be sentenced. She has to spend 22 months in prison followed by 2 years of probation and 500 hours of community service.

After her sentencing Beshara was released to allow her to spend a few weeks in the outside world until a bed became available at a local prison. This is common procedure if a person is unlikely to flee and doesn’t pose a danger to the safety of any other person or the community.

Initially the authorities didn’t protest this decision, but a few hours after the verdict they changed their position. As it turns out, the Attorney’s Office was keeping an eye on NinjaVideo’s Facebook page where Beshara was blowing off stream and interacting with other members of the Ninja community.

“I never snitched, I never left Ninjavideo, and I will always be proud of this incredible world we built, this community that touched millions. I hold my head high. Always. Ride or die, no? THIS SHIT IS NINJA,” was the first of more than two dozen updates to which the authorities took offense.

Aside from joking about her time in jail – picking up a degree, earning pennies making license plates – Beshara encouraged people to spread the word about her sentencing. The NinjaVideo founder further solicited for photo shoots in men’s magazines, and made plans to create a documentary.

Prettier than the MPAA

The authorities were not amused by the outspoken convict, and immediately requested the court to detain her as soon as possible.

“Between Friday afternoon and this morning, Beshara posted more than 25 additional Facebook messages, which variously criticized the government, celebrated NinjaVideo.net’s copyright infringement, and sought to assemble a public relations team to engage media and documentary filmmakers to help her ‘fight back’ and ‘change [ ] history . . . again.’.”

“Beshara also posted several entries on what remains of the NinjaVideo.net forum boards, now hosted at www.ninjavideoforum.net, one of which belittled the sentence imposed by the Court and mocked the named victim of her crimes,” they write.

According to the authorities, the Facebook updates written by the NinjaVideo founder pose a danger to the community.

“Beshara’s post-sentencing actions demonstrate a clear lack of remorse over her illegal conduct and a disregard of the harm her actions have caused, and pose a danger to the community,” they write.

The question is what the authorities see as a threat. We assume that a comment like “IMA RUN MY FUCKIN CELL BLOCK. :),” isn’t taken too seriously. Even if it is, the comment wouldn’t be a threat to the community, and certainly not a reason to rush her to jail.

Another option is that the authorities simply don’t want Beshara to speak up in public and be critical or even sarcastic about her sentencing. Her motivation to get into the spotlight and have her say, may be one of the main reasons why the authorities wanted to speed up the detainment.

Despite opposition from Beshara’s lawyer, today the court sided with the prosecution and ruled that the NinjaVideo founder should be locked up effective immediately, taking away the few weeks she had left. Beshara was sent off to the Alexandria detention center where she will serve her sentence… and run a cell block.