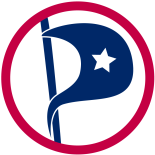 Claims by the music or film industries that ‘piracy is costing billions’ are commonplace. In 2005, for instance, the MPAA funded the LEK study, which claimed that over $6 billion was lost to MPAA members due to piracy. However, the figures and data behind those claims have never been publicly released, a fact underscored this past January when the MPAA had to release a statement saying ‘they made a mistake’ in one of the figures. It’s a figure that’s been quoted a lot, to this day, and was something that rankled US Pirate Party Administrator, Andrew Norton.

“I was tired of seeing those claims on every press release,” he tells TorrentFreak, “knowing there was no evidence to back them up. They could have said that the loss was $20 billion, if they think they could bluff it out. The sad fact is that we have news outlets, and politicians quoting this figure as fact, and yet not one verified any claim. If I said I could turn lead into gold, I would be bombarded with requests to prove it. They have turned air into $6billion, and supposedly smart people accept it without question.”

Frustrated, Norton decided he should study the MPAA’s own figures. When he couldn’t find any data to support their claims, he decided that there needed to be a study of the data the MPAA did put out. “I was thinking about where I could look, when the MPAA announced a new record year, and I thought ‘of course’. The MPAA can hardly question the accuracy of the data published by its members, and itself.”

The preliminary findings of the study, published today, show a different picture to the one the MPAA paints. Norton took the view that the films most likely to be distributed on filesharing networks, and sold on street corners, would be the big blockbuster films, and so he should look at the top 10 films of each year. The results from that are shown below. 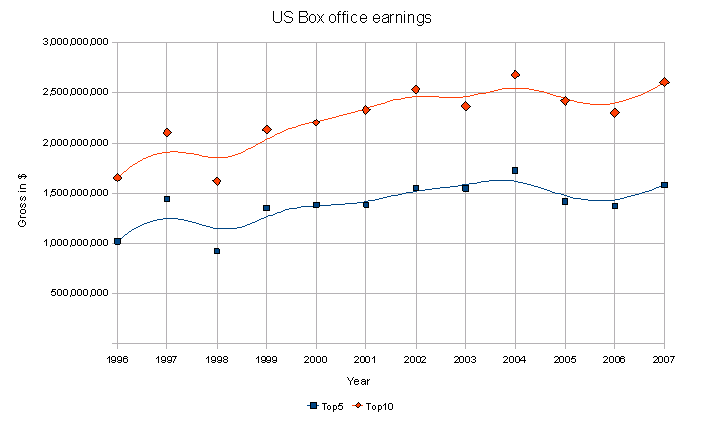 With average growth throughout the time period, it would seem that claims of cinema piracy hurting box office figures (leading to cinemas issuing night vision goggles to staff, and teenagers being charged with crimes for recording 20-second clips) are unfounded. When certain p2p protocol lifespans are marked on the graph, for comparison, the MPAA claims are pretty much shattered. 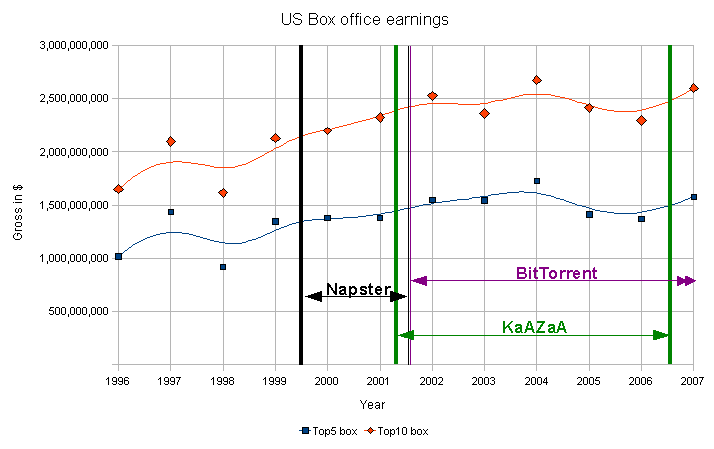 Mr. Norton is also aware that he will have to prove he is not just making things up. The US Pirate Party, who is publishing the study, has stated that all data used in the study will be available when the full study will published at the end of July. He does have a comment for the MPAA however. “Prove your claims, or shut up about them.”