I discovered a uTorrent bug yesterday, a major one.

Not in the application itself but on the post-download page.

I’m no entomologist but I’m pretty certain this qualifies as a bug. Why and how it’s supposed to contribute to uTorrent’s image escapes me though.

Personally I don’t like to see bugs when I’ve just downloaded a piece of software for the first time. 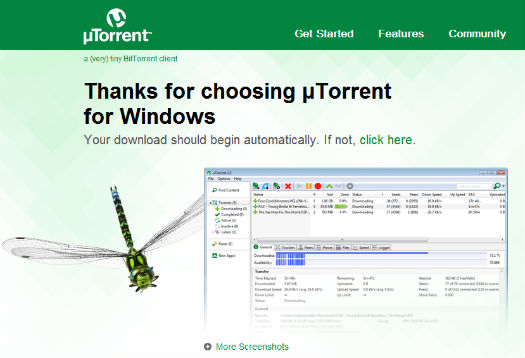 Today I spotted another bug on uTorrent’s homepage…

This one appears to be somewhat smaller, but it’s definitely an insect. 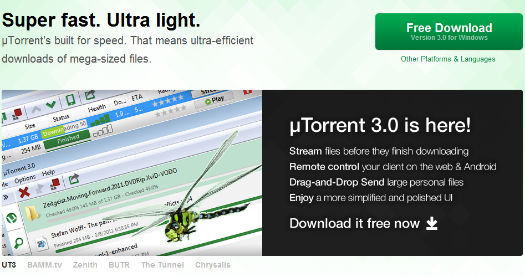 But that’s not all.

A few minutes after uTorrent 3.0 was released today the developers had to pull their uChat app.