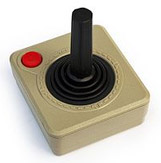 As reported last month, French anti-piracy Hadopi has sent out a large number of warnings in the last two years to individuals it believes have engaged in online file-sharing of content protected by copyright.

Since 2010 rightholders have identified a total of 3 million French IP addresses. Of these, Hadopi considered around 1.15 million worthy of a “first strike” notice, 102,854 justified in receiving a second, and 340 in line for a third.

So far, all of these individuals have been accused of allowing their Internet connections to be used for the unlawful sharing of copyright music and movies, since these industries tend to be at the forefront of anti-piracy projects such as 3 strikes, or the upcoming 6 strikes scheme in the United States.

However, in France there is now likely to be a significant addition to the Hadopi scheme. According to PCInpact, next year the agency is anticipating that the video games industry will get on board.

The revelation comes in a performance forecast from Hadopi which suggests that in 2013 alone it expects to send out around 1.1 million warnings. In comparison, the agency issued around 1.5 million notices in total since October 2010.

The extra warnings in 2013 will be processed through a new information system capable of handling greater numbers of referrals, but Hadopi will also need to become more efficient overall.

After remarks in August by French Culture Minister Aurelie Filipetti that the agency is “too expensive to justify”, earlier this month it was announced that its budget will be cut from 11 million euros in 2012 to around 8 million euros in 2013. Negotiations are apparently still ongoing and a figure of 9 million euros has already been discussed.

France is believed to be the first country where the video games industry is involved in these organized anti-piracy efforts. The “six-strikes” scheme that will go live in the U.S. next month is limited to the movie and music industries.