I Visited Pirate Bay’s Peter Sunde in Prison, Here’s What he Had to Say 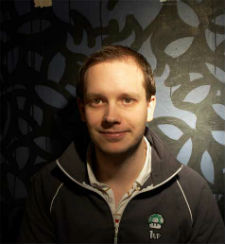 It wasn’t easy to meet Peter in prison. Initially, his request for the approval of my visit was rejected, as have been requests on behalf of other friends. It was only when he read up on the regulations and filed a complaint – pointing out my status as an elected representative of the European Parliament – that my visit was approved.

He tells me that this is par for the course in prison. “If you don’t constantly insist upon your rights, you will be denied them”. Repeatedly, he had to remind the guards that they’re not allowed to open confidential mail he receives from journalists. His alleged right to an education or occupation during his jail time in practice amounted to being given a beginners’ Spanish book.

“Prison is a bit like copyright,” Peter remarks. In both areas, there is a lack of transparency and the people in power profit from the fact that the average person doesn’t pay a lot of attention to the issue. That opens the door to misuse and corruption.

Few people feel directly affected by these systems (even though a lot of Internet users commit copyright infringements, many don’t even realize that they are breaking laws and suffer no repercussions). Hence it is difficult to get traditional politics to change even the most blatant injustices that these systems produce. I ask him whether his imprisonment has changed his political views.

“It has confirmed them,” he replies. “I knew the system was broken before, but now I know to what extent.”

“The worst thing is the boredom”, Peter informs me when I ask him about life in prison. He gives an account of his daily routine: “I have soy yoghurt and muesli for breakfast, which I was recently allowed to buy from my own money, as the prison doesn’t offer any vegan food.”

That is followed by one hour of exercise – walking around the yard in circles – and sometimes the chance to play ping-pong or visit the prison library in the afternoon, before Peter is locked in his cell for the night. The only other distraction comes from the dozens of letters Peter receives every day.

Not all the books that his friends and supporters send make their way to him – they are screened for “inappropriate content” first. Other items that arrive in the mail, such as vegan candy, won’t be handed out to him until after his release, “but at least the prison has to catalog every single thing you send me, which pisses them off,” Peter says with a wink.

While his notoriety mostly comes from his role in founding the Pirate Bay, Peter has been critical of the platform’s development for a long time and has been focusing his energy on other projects.

“There should be 10,000 Pirate Bays by now!” he exclaims. “The Internet was built as a decentralized network, but ironically it is increasingly encouraging centralization. Because The Pirate Bay has been around for 11 years now, almost all other torrent sites started relying on it as a backbone. We created a single point of failure and the development of file sharing technology got stuck.”

In Peter’s eyes, the Pirate Bay has run its course and turned into a commercial enterprise that has little to do with the values it was founded on. Nowadays, the most important battles for an open Internet take place elsewhere, he says, noting that the trend towards centralization is not limited to file sharing.

Facebook alone has turned into its own little walled-garden version of the Internet that a lot of users would be content using without access to the wider Net. At the same time, services from Google to Wikipedia are working on distribution deals that make their services available to people without real Internet access.

One step to counter this trend towards centralization could be data portability, the right to take all one’s personal data from a service such as Facebook and bring it along to a competitor. The right to data portability is part of the proposed European data protection regulation that is currently stuck in negotiations among the EU member states.

“Having data portability would be a great step forward, but it’s not enough. Portability is meaningless without competition.” Peter says.

“As activists and entrepreneurs, we need to challenge monopolies. We need to build a Pirate social network that is interoperable with Facebook. Or build competition to small monopolies before they get bought up by the big players in the field. Political activism in parliaments, as the Pirate Party pursues it, is important, but needs to be combined with economic disruptions.

“The Internet won’t change fundamentally in the next two years, but in the long-term, the effects of the decisions we take today can be dramatic.”

According to Peter, establishing net neutrality, especially on mobile networks, will be one of the crucial fights. The Internet may have started out as a non-commercial space, but is entirely ruled by business arguments nowadays, and without net neutrality, large corporations will be able to strengthen their monopolies and stifle innovation. A pushback will be needed from small enterprises as well as civil society – but those groups struggle to be heard in political debates as they often lack the financial resources for large-scale lobbying efforts.

Although Peter is visibly affected by his imprisonment and talks about struggling with depression, he has not stopped making plans for the future. “Things will get easier once I get out. I’ve been a fugitive for two years and could hardly go to conferences or would have to show up unannounced.”

Once his eight month sentence has come to an end, Peter wants to get back to activism. When I ask about his upcoming projects, he starts grinning and tells me to be patient.

“All I can say now is that I’m brimming with ideas and that one of my main goals will be to develop ethical ways of funding activism. You often need money to change things. But most ways of acquiring it require you to compromise on your ideals. We can do better than that.”

Peter is now hoping for his prison sentence to eventually be transformed into house arrest, which would allow him to see his critically ill father and spend less time in isolation. Whether that happens will largely depend on whether the Swedish state will continue to view a file-sharing activist as a serious threat to the public. In a society where the majority of young people routinely break copyright law simply by sharing culture, that view seems entirely unsustainable.

Julia Reda is a German politician for the Pirate Party Germany and a member of the European Parliament since 2014, where she serves as a Vice-President of the Greens/EFA group. She is also the chairperson of the Young Pirates of Europe.