VKontakte CEO: Time to Remove Us From ‘Pirate’ Blacklists

After years of being branded one of the world’s worst Internet piracy facilitators, last week social networking giant vKontakte took another important step towards making peace with rightsholders.

With all copyright-related disputes now settled with Universal Music, the deal effectively transforms bitter conflict into cooperation, opening up opportunities for music sales development in a notoriously difficult region.

To find out more about the deal, this week TF caught up with VKontakte CEO Boris Dobrodeyev, who told us he’s optimistic for the future.

TF: Can you explain how the music licensing system with Universal Music will work?

BD: In accordance with the terms of the agreement, we cannot disclose the specific licensing provisions. However, we can say that the licensing agreements cover use of content on existing and planned new services on all of Mail.Ru Group’s social networks: VKontakte, Odnoklassniki and My World.

TF: What happens to the thousands/millions of ‘pirate’ tracks that are stored already on VKontakte? Do these effectively become legal or will Universal Music be supplying new content?

BD: The term “piracy” is not applicable to User Generated Content (UGC) services. Our position, which we have successfully defended in legal disputes, is that we do not distribute pirate content.

VKontakte’s content is user-generated, and so the rights holders’ requests were directed to them. From our side, we do everything that we can to protect the rights of the holders and remove content that violates their ownership rights.

Now that VKontake has signed the respective agreements with the major music companies, it is implementing substantial measures to identify the ownership of user content on the basis of the original files provided by the rights holders. VKontakte’s new services will be created using original content from the labels (including Warner, Sony and Universal). 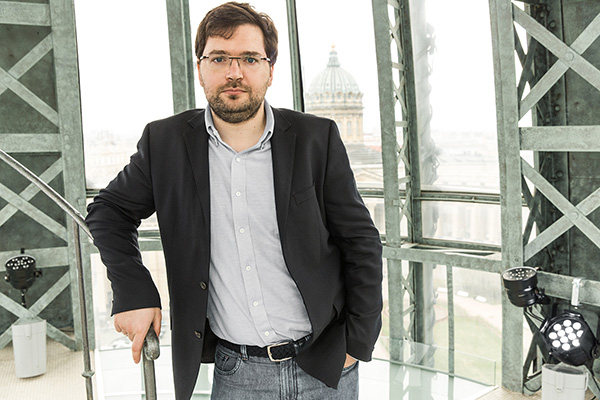 TF: Is VKontakte obliged to end all music piracy on its platform now, or just for the recoding labels it has struck a deal with?

BD: We would reiterate that the term “piracy” is not correct when talking about UGC services. Following significant efforts to license music content, the overwhelming majority of music by global artists on VK is completely legal.

With regard to music rights holders that have not yet signed an agreement with VK, at the very least they are able to use the existing procedures and technology in place to remove content and prevent it from being re-uploaded. It goes without saying that we also intend to sign corresponding agreements with these other rights holders in the near future.

We would add that many users and artists voluntarily upload their own music to VK in order to increase their popularity.

TF: Will fingerprinting technology or any other anti-piracy measures implemented?

BD: Yes, we intend to use a unique content identification system, which we developed in-house, and is similar to the technologies used in Audible Magic and Gracenote Content ID.

We will work together with the rights holders to continuously improve this technology in line with the development of the IT industry in general.

Of course, after years of copyright disputes vKontakte’s reputation in the United States has been somewhat sullied, largely due to rightsholders lobbying the United States Trade Representative to add the site to its Notorious Markets list. Dobrodeyev informs TF that it’s now time to move forward.

“We certainly hope that VKontakte will be removed from ‘piracy’ lists following the settlements and taking into account the enormous amount of work that the network has undertaken in this area,” he concludes.

Mail.ru and its subsidiaries now have licensing agreements in place with the three leading recording labels – Universal Music Group (UMG), Warner Music and Sony Music. Together they’ll hope to make inroads and indeed profit from a difficult and largely untapped Russian music market.