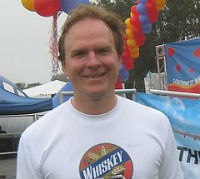 Last month CNET’s Download.com and parent company CBS were sued for several copyright infringement related offenses for their role in distributing LimeWire and other P2P software. Alki David and various artists allege that the defendants profited from copyright infringement, and now want to be compensated.

“The CBS Defendants have been the main distributor of LimeWire software and have promoted this and other P2P systems in order to directly profit from wide-scale copyright infringement. Internet users have downloaded more then [sic] 220 million copies from Defendants’ website, found at Download.com, since 2008,” the complaint reads.

As the case moves on some interesting arguments are appearing on the table. One of the most controversial items overlooked thus far concerns current Warner Music director and CNET co-founder Shelby Bonnie. Believe it or not, Bonnie served on the board of directors at Warner Music and was also the CEO of CNET, all at the time LimeWire was being sued.

As The Music Void points out, Bonnie was invited to join the Warner Music board in November 2005, just 4 months after the landmark Grokster ruling. At that time Bonnie was still CNET’s CEO, a position he gave up during the fall of 2006. After that, he continued to serve on CNET’s board of directors until March 2007.

Since it’s no secret that CNET made a healthy profit from the millions of LimeWire clients that were downloaded from its site every month, this could lead to the awkward conclusion that a prominent Warner Music director profited from piracy.

While it should be noted that LimeWire hadn’t been convicted of doing anything illegal at the time, it is quite unusual that the CEO of LimeWire’s main distribution platform was simultaneously a director of one of the record labels going after LimeWire in court (and launching numerous individual file-sharers).

It would definitely be interesting to hear the thoughts of the former CNET CEO on the issue, should he be called as a witness. Perhaps Bonnie opted to keep the healthy revenue stream alive until the court banned it, despite the massive losses Warner Music was claiming?

Whatever the case, the above must have been the topic of some heated discussions at the Warner Music board of directors. After all, it wouldn’t really be far-fetched to compare it to a Universal Pictures director who also serves on the board of The Pirate Bay’s hosting company.

Indeed, that would be quite unbelievable.