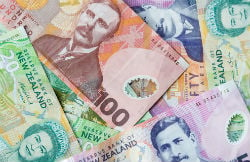 Four years ago New Zealand introduced new copyright legislation under which illegal file-sharers would be monitored, warned, and eventually punished.

The country was one of the first to have a Government mandated “strikes” policy, but of the initial enthusiasm among copyright holders very little is left.

While monitoring online pirates is relatively cheap, copyright holders are required to pay Internet providers a $25 fee to forward the warnings to their customers.

This means that three strikes costs copyright holders $75, and if they decide to lodge an official complaint after that an additional $200 is added. To put it bluntly, the warnings themselves may be more expensive than the harm online pirates cost the industry.

Talking to Stuff, Recorded Music NZ general counsel Kristin Bowman says that piracy remains a problem, because fighting it is too expensive.

“We haven’t got rid of it as the regime, unfortunately, is too costly. It’s really disappointing,” she notes.

Because of the high costs the music industry has lowered the number of notices it’s sending. There are hundreds of thousands of people in New Zealand who pirate content every week, but only a tiny fraction can be reached.

In addition, the music group has completely scrapped filing cases to the tribunal, so they won’t pursue any punishments for online pirates. Despite the downscaling efforts the music group isn’t giving up just yet.

“We definitely won’t give up though, because we constantly want to get the message out there that piracy is illegal,” Bowman notes.

Most copyright holders appear to have done the same. Thus far in 2015 only one complaint has been filed at the copyright tribunal, compared to four last year and 18 the year before. If this trend continues New Zealand’s much debated “three-strikes” regime may soon exist only on paper.