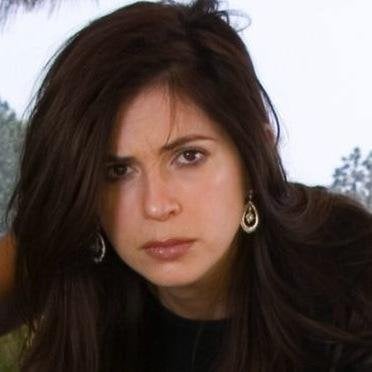 It’s pretty obvious that Lexi Alexander isn’t your average Hollywood director. Instead of parading on the red carpet sharing redundant quotes, she prefers to challenge the powers that rule Hollywood.

A few months ago Alexander campaigned to get Pirate Bay’s Peter Sunde released from prison, pointing out that throwing people in jail is not going to stop piracy.

She believes that the MPAA and other pro-copyright groups are a bigger threat than casual pirates, and unlike some of her colleagues she is not afraid to tell the world.

Recently Alexander penned five reasons why she’s pro file-sharing and copyright reform. While she’s doesn’t agree with the “everything should be free” mantra of some anti-copyright activists, Alexander believes that file-sharing is mostly a symptom of Hollywood’s failures.

Over the past day or so this turned into a heated debate (e.g. 1, 2) between a movie industry workers on Twitter, where various anti-piracy advocates condemned the movie director and others for siding with “pirates.”

From a Hollywood perspective Alexander’s ‘balanced’ comments may indeed appear extreme, not least since like-minded voices keep quiet for career reasons. So why has she decided to jump on the barricades then? Today, Alexander explains her motivations to us in a short interview.

TF: What triggered you to discuss file-sharing and copyright related topics in public?

Lexi: It wasn’t my intent to be that outspoken about file-sharing, at first I just wanted to expose the hypocrisy of Hollywood going after anybody for any crime. But after I had published that first blog, I was suddenly exposed to a lot more information about the issue, either from people in the copyright reform movement or through outlets like yours.

Frankly, TorrentFreak has a lot to do with the extent of my outspokenness. Sometimes I see your headlines in my Twitter feed and I think I’m in some alternative universe, where I’m the only one who swallowed the red pill. “Another kid in prison for a file-sharing”, “Anti file-sharing propaganda taught in schools”, “torrent sites reported to the state department”, etc., etc. All done in the name of an industry that is infamous for corruption. I mean, doesn’t anybody see that? Hollywood studios shaking their finger at people who illegally download stuff is like the Vatican shaking their finger at pedophiles.

Lexi: Well, first and foremost I will not stand for young, bright minds being hunted and locked up in my name. And since I am still part of the film & TV industry, albeit not the most popular member at this point, these acts are done in my name. Even if I would agree with this ludicrous idea that everything to do with file-sharing or downloading is theft and should be punished with prison…then I’d still insist that everybody in Hollywood who has ever stolen anything or cheated anybody needs to go to prison first. If we could somehow make that rule happen with magical fairy dust…you’d never hear another beep about imprisoning file-sharers.

Secondly, I have said this a million times and it’s like I’m talking to the wall…horrible thieves (aka the four letter acronym) are stealing 92.5 % of foreign levies from filmmakers in countries outside of the US, breaking the Berne Convention in the process. It’s actually not legal for those countries to hand any money to anybody else but the creator. But somehow, some very smart con men duped these shady collection societies into handing them all the dough. Ask me again why I need copyright reform?

See, I wish more of my colleagues would come out of the fog…but that fog is made of fears, so it is thick and consistent. Fear to upset the decision makers, fear to get blacklisted and never get to make movies again, fear to get fired by your agents, fear to become unpopular with your film-industry peers, it’s so much easier to blame the British, pimple-faced teenager, who uploaded Fast and the Furious 6, for the scarcity we experience.

I used to get frustrated about my peers’ lack of courage, but lately I feel only empathy. I don’t like seeing talented storytellers ruled by fear. I don’t even enjoy the endless admissions I get anymore from producers or Executives who whisper in my ear that they’re pro file-sharing too (this is often followed by a demonstration of their illegally downloaded goods or their torrent clients, as if they’re trying to make sure I’ll put in a good word, if the power were to shift to the other side one of these days).

TF: Do you believe that your opinions on these topics may impact your career? If so, how?

Lexi: What do you think? LOL

But my opinions on these topics are based on facts, so therefore the question I have to ask myself next is: If I keep the truth to myself and watch innovators get sent to prison by actual criminals…how does that impact my soul?

I do realize how huge the giant I decided to criticize really is whenever I read about the amount of money that’s at play here.

At the moment I still have a TV show under option, which I am currently developing and I’m getting ready to pitch another one. A few things definitely fell through right after my first piracy post and I’m not sure how many people don’t consider me for projects because of my file-sharing stance. I can’t really worry about that. First and foremost I’m still a filmmaker, so if this shit gets too real I have to force my mind down the rabbit hole (filmmaker euphemism for escaping into your screenplays or movies).

TF: File-sharing also has its downsides of course. What’s the worst side of piracy in your opinion?

Lexi: The worst part is that there are a lot of people who suddenly feel entitled to do anything they want with our work, at any given stage. I spoke to a filmmaker the other day whose film got leaked during post production. It was missing the visual effects and it had a temp score (temporary music used as a filler before the real score is ready). Then reviews started popping up about this version of the film on IMDB, yet the people who posted those reviews had no fucking clue what they were judging, revealed by the many comments about “the director ripping off the Dark Knight score”. It was the Dark Knight score, you morons.

That was really heartbreaking and whoever doesn’t understand that can go to hell. I don’t think there’s anybody in the world who’d like their work, whatever it may be, stolen when it’s half way done and paraded around the world with their name on it.

I also will never be able to respect anybody who films or watches one of those shaky cam movies. I don’t buy that there’s anybody who enjoys a movie that way, I think this is all about trying to be the shit on some forum.

TF: In what way do you think file-sharing will (and has) change(d) the movie industry?

Lexi: I entered this industry right at the beginning of the transition to digital technology. I remember insisting to shoot my first two films on film stock, by then people were already dropping the “dinosaur” and “stone age” hints. We were all beaten into submission when it came to new digital technologies, because they reduced production and distribution costs. Then the powers started realizing that those same technologies also made unauthorized duplications much easier, so the narrative changed and now we were told to hate that part of it. It’s almost comical isn’t it?

I quickly realized that file-sharing would shatter borders and as someone who considers herself a citizen of the world, rather than of one country, this made me extremely happy. I have always wanted entertainment events to be global rather than national. This is good for the world.

The more the audience becomes familiar with foreign movies and TV shows (not synchronized and released months later, but subtitled and premiering simultaneously) the sooner we will start accepting, maybe even demanding shows and movies with a diverse, global cast from the get go. And since those are the shows I create… it cannot happen fast enough.