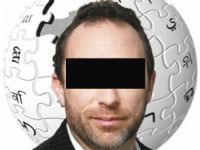 Supporters of the bill say it’s needed to safeguard the interests of rightsholders who claim their businesses are threatened by online piracy. Those opposing are worried that the unprecedented censorship tools it introduces will take out many websites on baseless or faulty claims of copyright infringement.

Wikipedia founder Jimmy Wales belongs to the latter group, and behind the scenes he is mulling plans to blank out all Wikipedia pages in protest against the pending SOPA bill. On Saturday he posted a message on his user page asking the community for input on the idea.

Wales explains that the idea of a ‘self-censorship’ protest is inspired by a campaign the Italian Wikipedia community ran earlier this year.

“A few months ago, the Italian Wikipedia community made a decision to blank all of Italian Wikipedia for a short period in order to protest a law which would infringe on their editorial independence. The Italian Parliament backed down immediately,” he writes.

“As Wikipedians may or may not be aware, a much worse law going under the misleading title of ‘Stop Online Piracy Act’ is working its way through [the Senate] on a bit of a fast track.”

“I may be attending a meeting at the White House on Monday along with executives from many other top Internet firms, and I thought this would be a good time to take a quick reading of the community feeling on this issue.”

By blanking out one of the most-visited sites on the Internet, the Wikipedia founder believes the community can send a strong message to their representatives in Washington. With billions of pageviews a month, a Wikipedia protest will definitely be noticed.

“My own view is that a community strike was very powerful and successful in Italy and could be even more powerful in this case,” Wales says.

The response from Wikipedia users to Wales’ plan has been overwhelmingly supportive. However, several users also placed critical notes and wondered whether Wikipedia is the right platform for a political protest.

“I oppose the legislation, but that’s a political view. I don’t ever want Wikipedia to take a political view, no matter how much I agree with it,” Ntsimp writes for example.

Others think that blanking out entire pages might not be an ideal solution, and call for alternative forms of protest such as displaying a black background.

In an update today, Wales responds to some of the points raised in response to the idea. However, he still stands behind the blanking out protest and says that something has to be done quickly before the bill is rammed through in Washington.

“Time is not on our side here,” he says.