When ‘pirate’ sites are blocked by ISPs, the operators often get creative and find ways to bypass these restrictions.

In Peru, the opposite appears to happen. After the stream-ripping portal Yout.com challenged a local blockade, the authorities simply blocked it again.

For the full context, we have to go back more than a year. Last spring local ISPs were ordered to block Yout.com and other stream-ripping sites as a precautionary measure, while the authorities conducted their investigations for potential legal action against the sites.

Not So Temporary Blocking Injunction

The temporary blocking injunction came at the request of the government agency INDECOPI, which works closely with rightsholder groups such as IFPI. In the application, it argued that the stream-ripping site allows users to download content from YouTube without permission.

While the blockade was granted, it was only supposed to be temporary. According to the injunction, the blockade was valid for 30 days. The authorities could use this time to start a formal prosecution, after which the measures could potentially be extended.

However, nearly a year passed without an official follow-up from INDECOPI. Meanwhile, ISPs continued to block Yout.com.

To resolve the situation Yout hired a local lawyer to appeal the injunction at Peru’s Competition and Intellectual Property Court. The court confirmed that there is no legal obligation for the ISPs to block Yout. Despite this conclusion, the court couldn’t order ISPs to unblock the site either.

To resolve the status quo, Yout had to reach out to INDECOPI and the ISPs, urging them to lift the expired measures. This is exactly what Yout’s attorney did a few months ago, but soon after the authorities responded with a surprise move.

On May 31st this year, INDECOPI obtained a new preliminary injunction. This time, Yout is listed together with dozens of other targets. They include pirate sites such as Anineflv, Cuevana and Cinetux, as well as NoTube and other stream-ripping services. 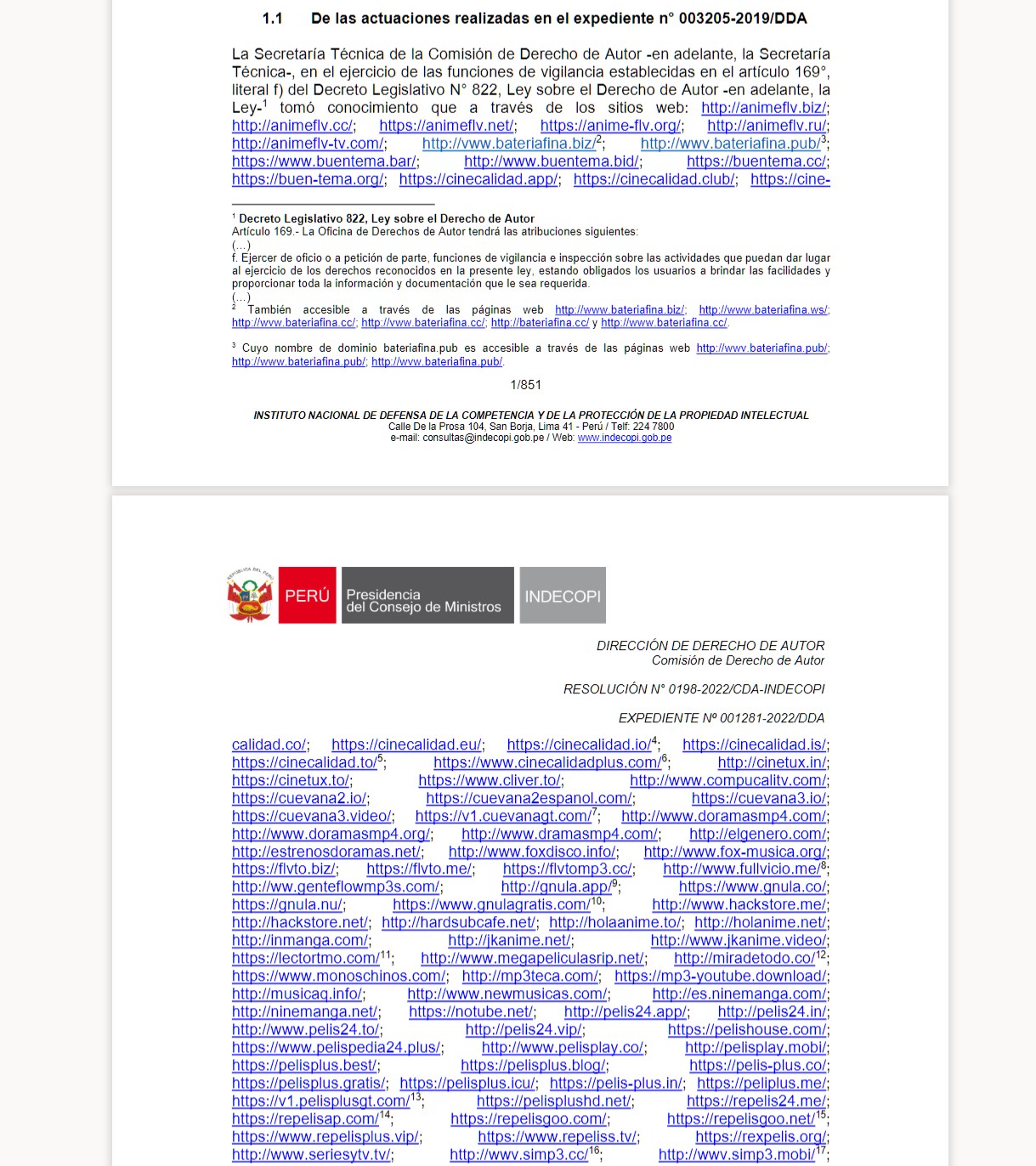 This injunction was again temporary in nature, but just like last time, ISPs continued to block the sites after it expired.

Yout’s Peruvian attorney informs TorrentFreak that they reached out to INDECOPI with a request to lift the precautionary measures, as the injunction is no longer valid.

“In this instance, the defense requested that it is appropriate to declare the expiration of the precautionary measure issued by [the injunction] since Indecopi, AGAIN, failed to initiate a sanctioning procedure within 30 days. We are currently waiting for Indecopi’s response.”

If the blocking measures are eventually lifted, in theory there’s nothing to prevent the authorities from requesting another preliminary injunction. This means that this reverse “whack-a-mole” can keep going for a while.

For now, all copyright infringement allegations against Yout in Peru remain untested in court. No formal procedure has been launched, nor has the site been declared illegal.