Grammy award-winning musician Maria Schneider and Virgin Islands-based Pirate Monitor Ltd teamed up in the summer to file a class-action lawsuit against YouTube.

In an effort to gain access to YouTube’s Content ID system, the complaint stated that YouTube has an allegedly lax attitude to takedown notices and repeat infringers, and discriminates against smaller creators.

Schneider told the court that a number of her songs had been posted to YouTube without her permission. Pirate Monitor Ltd argued similarly, stating that pirated copies of its works had been uploaded to the site. Both further said they had been denied access to Content ID.

In its response, YouTube focused on Pirate Monitor, alleging that the company or its agents uploaded the ‘pirate’ movies and then claimed mass infringement, something which disqualified them from accessing Content ID.

In a motion to dismiss filed in November, Pirate Monitor said YouTube had provided no “hard evidence” to back up these damaging claims, demanding that the court disregard the allegations and reject calls for the right to an injunction to prevent Pirate Monitor from submitting wrongful DMCA notices in the future.

At the time we noted that it was unlikely that YouTube had simply pulled its claims out of thin air and in an opposition to dismiss Pirate Monitor’s counterclaims, YouTube now provides a taster of some of the supporting evidence it has on file.

“Through agents using pseudonyms to hide their identities, Pirate Monitor uploaded some two thousand videos to YouTube, each time representing that the content did not infringe anyone’s copyright. Shortly thereafter, Pirate Monitor invoked the notice-and-takedown provisions of the Digital Millennium Copyright Act to demand that YouTube remove the same videos its agents had just uploaded.”

YouTube notes that Pirate Monitor has still not disputed these claims but has nevertheless moved to dismiss, arguing that YouTube should provide detailed evidence to support its allegations. According to YouTube, it does not have to do that at this early stage but nevertheless highlights some key evidence to show foul play.

In all, YouTube processed nearly 2,000 DMCA notices it received by Pirate Monitor in the fall of 2019. All of the targeted videos had a uniform length, around 30 seconds each, generated from “obscure Hungarian movies”. They had been uploaded in bulk from users with IP addresses allocated to Pakistan.

“That alone was suspicious, there is no obvious reason why short clips from relatively unknown Hungarian-language movies should be uploaded to YouTube from accounts and devices in Pakistan,” YouTube writes. 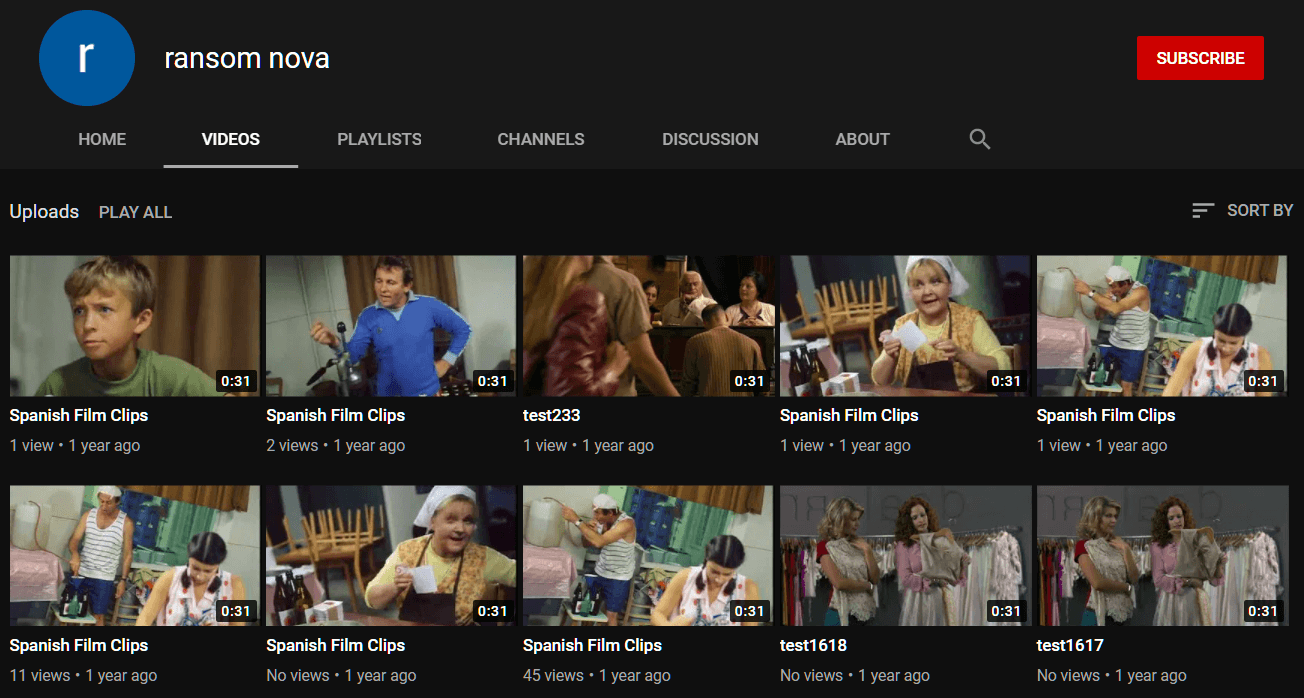 While the nature of the uploads is indeed suspicious, YouTube says that it also found what it describes as a “smoking gun”, i.e evidence that the uploads and DMCA notices were being sent by the same entity.

“After considerable digging, YouTube found a smoking gun. In November 2019, amidst a raft of takedown notices from Pirate Monitor, one of the ‘RansomNova’ users that had been uploading clips via IP addresses in Pakistan logged into their YouTube account from a computer connected to the Internet via an IP address in Hungary,” YouTube explains.

To counter Pirate Monitor’s claims that not enough evidence has been provided, YouTube says that a party is not required to prove its entire case in its complaint and the relevant rules do not allow Pirate Monitor to escape any accounting for fraudulent and illegal conduct by “concealing the identity of its agents and obscuring its connection to them.”

Specifically, however, YouTube says it has already answered the “who, what, where and when?” questions Pirate Monitor claims YouTube has not answered. The “who” is Pirate Monitor, the “what” is Pirate Monitor’s allegedly fraudulent representations, the “where” is YouTube’s website, and the “when” is from August 2019 to November 2019.

“For these reasons, Pirate Monitor’s motion to dismiss should be denied,” YouTube’s legal team writes.