The music industry makes millions of dollars in revenue from YouTube every year but the streaming platform also presents threats.

Stream-ripping tools, for example, are seen as the single biggest piracy threat and music industry groups repeatedly ask YouTube to take action against these services.

At the same time, YouTube is riddled with piracy tutorials and how-tos. If people want to learn how to download or stream music illegally, there are plenty of instructional videos, which are viewed millions of times each week.

In public, Google and YouTube haven’t said much about these issues but behind the scenes, various measures are being taken. Stream-rippers are actively blocked, for example, which has resulted in an ongoing cat and mouse game.

These and some other anti-piracy initiatives were detailed in a submission to the UK Parliament, which asked stakeholders for input on the ‘economics of music streaming‘. In its filing YouTube details its role as a value provider while also touching on piracy issues.

“We are continually improving our policies, tools, features, and functionality,” YouTube notes in relation to its anti-piracy actions.

In response to the stream-ripper problem, the company says it has made several “improvements to technical infrastructure” while continuing to experiment with other anti-piracy tools. In addition, it supports copyright holders in their lawsuits against stream-rippers by providing declarations.

These cease-and-desist efforts are not new and we have reported on them for many years already. Domain name disputes, on the other hand, reveal an angle that hasn’t come up before so that warrants a closer look.

On the WIPO Name Dispute Resolution site, we indeed see one case Google LLC recently filed against a stream-ripper. While the complaint is not public, the record shows that youtubeconverter.io was targeted in late December.

Google likely argues that youtubeconverter.io is using the YouTube name in bad faith, as the service uses the brand in violation of its terms of service. If it wins the case, the domain will be transferred to Google. 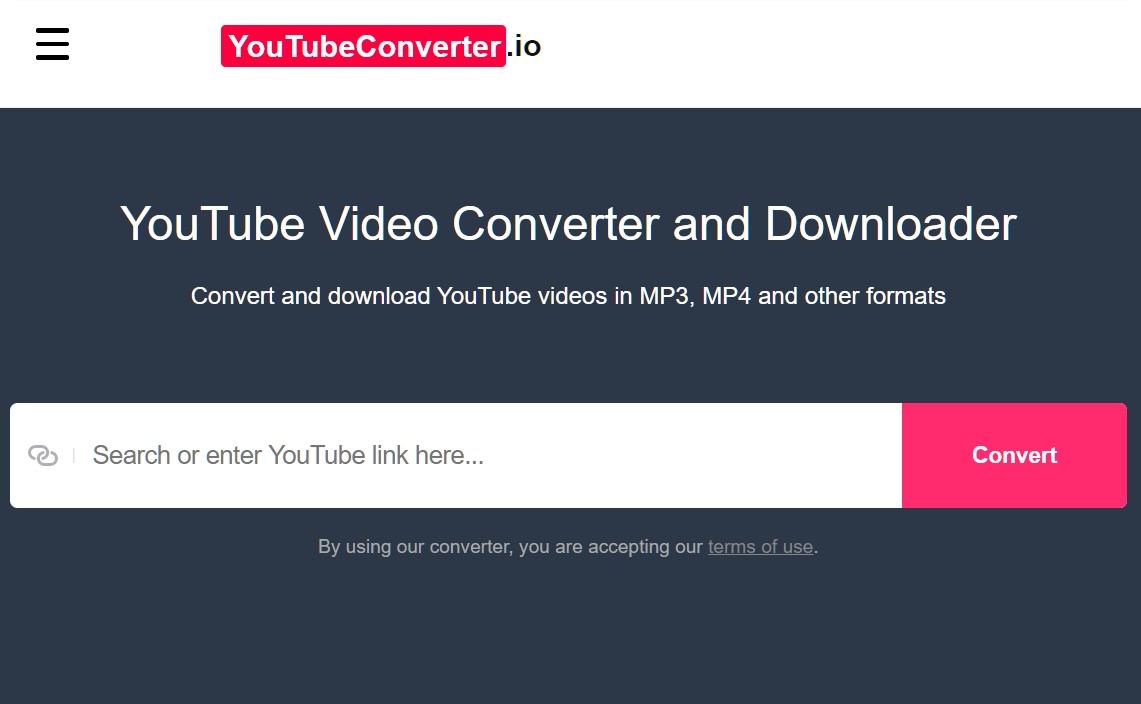 For now, it doesn’t appear that the stream-ripper is putting up much of a fight. When we accessed the site today the YouTube ripping functionality was gone. Instead, visitors are greeted with a friendly ‘hi,’ nothing more.

In addition to targeting stream-ripping, YouTube informs the UK Parliament that it also taking action against problematic videos on the platform. For example, the company has updated its community guidelines to ban videos that show people how to access paid streaming services without paying.

“Earlier this year, we acted upon the concerns we had heard from stakeholders within the content industry to update our Community Guidelines, explicitly prohibiting ‘how-to’ videos that show users how to gain unauthorized free access to music content that normally requires payment,” YouTube explains.

Indeed, our investigation shows that somewhere around September last year, YouTube added the following sentence to the list of prohibited “harmful or dangerous content,” which covers more than just music alone.

While YouTube is still rife with piracy tutorials, this update allows the company to act against videos that may not be directly infringing content. We predicted a more strict stance on piracy tutorials in the past, but whether this will result in a broad purge of videos is currently unknown.

When we compared the old community guidelines to the new ones, there was another addition that stood out. The streaming platform now explicitly prohibits ‘cheating’ related videos as well.

This isn’t directly related to piracy. However, in the past several game companies, including Fortnite’s Epic Games, have filed copyright infringement lawsuits against cheaters who showed off their tools on YouTube.

All in all, YouTube says that it’s committed to helping copyright holders fight online piracy, whether that’s through its Content-ID system or these additional measures.