With 7 Oscars Gravity was the big winner at the Academy Awards ceremony on Sunday evening. However, the Oscar for the best motion picture went to 12 years a Slave.

While the makers of both films couldn’t be happier, there’s also a dark side to this success.

Soon after the Hollywood festivities ended, the number of downloads for both films gradually increased.

For example, the number of 12 Years a Slave pirates downloading the film via BitTorrent tripled, resulting in more than 100,000 extra downloads on Monday.

The interest in 7-time Oscar winner Gravity increased as well, as the number of active downloaders on the most popular torrent more than doubled.

The temporary boost in piracy is a recurring phenomenon for Oscar winners. The same happened to The Hurt Locker, which prompted movie studio Voltage Pictures to sue tens of thousands of downloaders.

Whether the makers of Gravity and 12 Years a Slave have similar plans has yet to be seen. 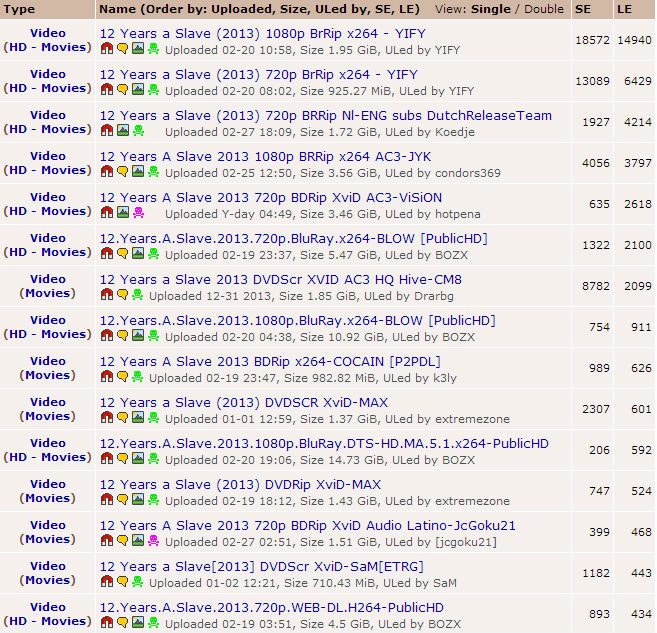 Pirated ‘DVD Screeners’ Will be History After Next Year’s Oscars