Anime is extremely popular. Early on this was mostly limited to Japan, but nowadays, it’s a global phenomenon.

In part, this worldwide success was facilitated by piracy. Some of the oldest torrent sites featured ‘anime’ categories and today this niche is serviced by dedicated piracy streaming portals.

The success of these sites, some of which have millions of users, hasn’t gone unnoticed by rightsholders. Last year, anti-piracy coalition ACE seized several anime domains. Shortly after, KissAnime.ru and KissManga.com were taken offline by force.

When large pirate sites shut down others tend to swiftly fill the void. This included 4anime.to, which welcomed refugees from other sites in the past. This helped the platform to grow, but also made the site a target.

A few months ago, 4anime was listed in a site-blocking application in Australia, alongside other prominent pirate sites.That didn’t stop the site from operating but something that happened more recently did.

A few hours ago the site’s domain name started forwarding to GitHub, which hosts a public shutdown announcement.

“Sorry for ending things this way. Due to certain circumstances we have to close the site,” the 4anime staff writes.

“[A]ll the videos and content is deleted and we encourage you to support the industry by viewing on legal alternatives or something.”

The message doesn’t say why 4anime and its sister site Simply.moe had to close shop without prior warning. However, the abrupt ending paired with the recommendation to seek legal alternatives (“or something”), suggests that there may be legal pressure involved.

Over the past several months, the ACE anti-piracy coalition and the MPA have repeatedly targeted anime-related domains, so that was the first option we thought of. However, we can’t find any information to back this theory up.

What we did see, however, is that 4anime was targeted in a subpoena request at a Michigan federal court a few days ago. This request came from the “Legacy Rights Group” and required CDN provider Cloudflare to hand over the personal information of 4anime’s operators.

Specifically, Cloudflare was ordered to hand over names, addresses, billing records, email addresses, IP addresses, and any other information that could help to track down the people in charge.

The subpoena was issued on July 5 with a response deadline of July 26th. Cloudflare typically complies with these requests, but whether any data were handed over already is unknown.

We don’t know for sure that this legal pressure is the reason for the sudden shutdown but the timing would certainly fit.

It’s not clear what the US-based “Legacy Rights Group” is planning to do with the information it requested. The company was founded just a few months ago, and little is known about its connections to the anime industry.

As for 4anime’s users, they now have to find an alternative yet again. Whether these people will massively flock to legal services, as the site’s operators suggested, is doubtful though. 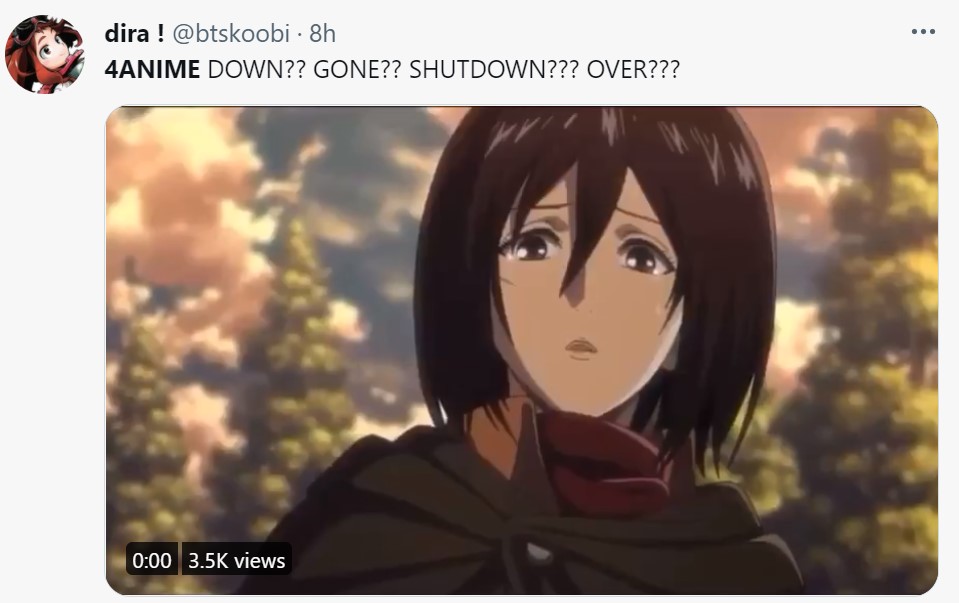