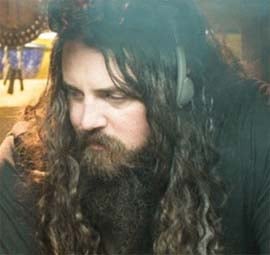 While Emmy-award winning director Casey Tebo is no stranger to movies, he’s only ever uploaded one video to YouTube. Unusually, it featured him committing a crime.

After discovering that pirate copies of his movie Happy Birthday (starring Aerosmith’s Steve Tyler) were being given away in a local store, Tebo decided to turn the tables.

Camera in hand, he documented himself stealing clam chowder ingredients from the same store. If they can steal from his industry, he can steal from them, he argued.

What most people didn’t know at the time is that the video was mostly a bit of fun. Many commenters on the YouTube video certainly didn’t notice, attacking Tebo with the kind of venom only YouTubers can.

Throughout Thursday, Tebo fended off much of the same from several directions, even posting on Twitter that he’d received death threats.

But despite the negative comments, not once did Tebo bite. In fact, one person who decided to provoke the director by posting links to downloads of his movie was won over by his charm and voluntarily took them down. They now follow each other on Twitter. Might he actually be this friendly in real life?

“One thing we could use in this modern day is people being nicer! I honestly don’t understand some of the hate and insults on the web, holy shit, my god people!!!” Tebo told TF.

Noting that he’d been called a ‘Rob Zombie Wanna Be’ and even a ‘Duck Dynasty Asshole’ this week, Tebo says he’s always wanted to make movies since he was really small.

So how does Tebo, who has directed for Aerosmith, Mötley Crüe, Judas Priest and Run DMC, end up in a grocery store on a piracy protest? Has he been that badly affected by the phenomenon? 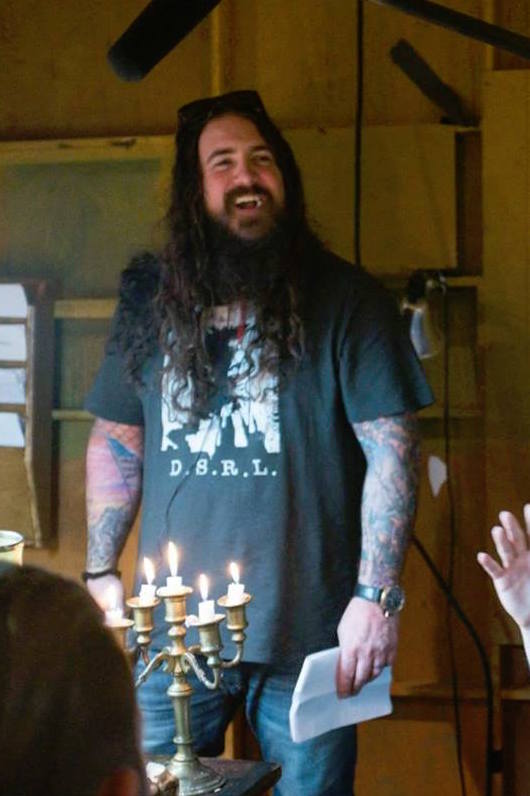 “I honestly can’t say it has affected me, a lot, yet. But I like to take risks, and I was quite angry at the time when I found out that a guy I knew was getting pirated copies of movies at work, that’s all. Adam [Tebo’s friend] came up with the idea and it was funny to me,” he said.

“There are arguments for and against piracy, and I can totally see both sides, I really can, but it seems to be a generational split. My kids will NEVER know what it’s like to pay for music – but I will never let them download movies, we buy everything. It goes into the work and money spent making movies.”

While not endorsing piracy in any way, Tebo seems to draw a somewhat wavy line between the effect piracy has on big movies versus the effect on smaller independent productions. Nevertheless, not even he’s 100% sure.

“I think if a hundred million people go see Avengers, then does [piracy] hurt? No. Because those people pay for tickets. But a movie like mine, it’s $500,000 – we sold it for less than that. It doesn’t mean go and steal Avengers, or does it? I’m not sure.”

Casey is in his forties now, so probably quite a bit older than the average YouTube comment assassin. As a result, he can still remember the days when cassette tapes ruled the waves and, more recently, when the CD was king. These days, the former is all but dead and the latter is about to join it. Does holding something physical give content more value?

“I really think it’s a generational thing. We LOVED tapes and CDs. We loved the art, the liner notes, the photos. Kids today will NEVER know that. They just play it on YouTube, and the quality is terrible, so to them, they’re doing nothing wrong,” he explains.

“If you went to a town beach for your whole childhood, then suddenly some asshole bought it and wanted to charge, you’d be like ‘Fuck this guy!’ – and so would I. Trust me, I get it. I really do.

“I guess my argument is, mine was a small film, and if the investors on an indie film lose money, guys who did it strictly for the passion, that kind of sucks for everyone involved. Once you see Transformers 5 make $400 million, if you’re okay with it, download it.”

The whole grocery store stunt began because people downloaded Tebo’s movie Happy Birthday for free. It’s available in a number of places, such as iTunes and Amazon, but there are issues.

When TF tried to buy a copy on Amazon, the US version of the site wouldn’t allow an overseas purchase. Equally, when we asked the US movie industry’s WhereToWatch site for advice, we got nothing. Same result for the UK industry’s FindAnyFilm site. Nothing on Netflix either, which is a shame since Tebo sees services like that as part of the solution.

“I think subscription-based is the way of the future. If Netflix has the best selection, why would you download stuff? Although, people probably like being a little naughty, you know? Like smoking a joint or doing a line of cocaine. This doesn’t mean you’re going to become Escobar – but, hey, have a little fun,” he says.

Grocery video aside, what pushed us to speak with Tebo was the way he handled his critics this week. Is he really this calm in real life when the haters let loose?

“There are homeless people, vets with missing limbs, Donald Trump is going to be our president when you post this. People have family members with cancer, etc. Life is fucking hard, it’s stressful – I honestly don’t understand that kind of hate, I really don’t,” he says.

“People calling me an asshole, haha, okay. I worked my ass off for five years getting coffee and stuff in the music industry, and in 2015 I won an Emmy Award, call me an asshole all you want. I read bed time stories to my kids, I hold the door for people.

“What I’ve experienced in real life, is that you think you hate someone, then you have a few drinks and dinner, and you’re laughing about how much you thought you hated them. Everyone has something negative to say. Take all that time, and go down to the homeless shelter and help out, put some things in perspective. The world is scary, but it’s amazing as well.”

And that was the end of our interview – or so we thought.

On Friday, after carrying out our interview and writing all of the above, we contacted Tebo again, with a request for some photographs for the piece, which he sent through. However, he also had a confession to make.

“I have to be completely honest about something as it kept me up last night – as you guys are so nice. The whole video was a prank. The ‘manager’ was an actor friend – and I would never ever steal anything. Who makes a point on stealing by stealing??!?!?” he said.

“My intention was always and only to get both sides of the piracy argument talking and it worked! For better or worse. And to get people talking about my movie. Whatever indie filmmakers can do to promote their movies. With piracy there are great arguments on both sides. And maybe I can help both sides better understand each other.”

From here, we understand that Tebo has another video up his sleeve that will appear in the coming days. While the route was unconventional, his opinions are still valid, and he’s certainly got people talking about piracy. And that can’t be a bad thing.