Earlier this month, the RIAA shared its recommendations for the USTR’s annual review of overseas notorious markets.

The music group reported well-known targets such as The Pirate Bay, Newalbumreleases, MP3Juices, RARBG, and RapidGator, plus other piracy-related sites and services.

The RIAA also carved out a brand new category this year, labeled AI Based Extractors/Mixers. These ‘Artificial Intelligence’ powered sites can extract vocals or musical tracks from songs, or “master” a song based on the style of another.

These technologies don’t have to be problematic, as long as all permissions are in order. However, when the names of some of the world’s top artists are used for promotional purposes, the RIAA typically becomes concerned.

For example, Songmastr promised to “master” songs based on the styles of well-known musical artists, such as Beyonce, Taylor Swift, Coltrane, Bob Dylan and James Brown, to mention just a few. 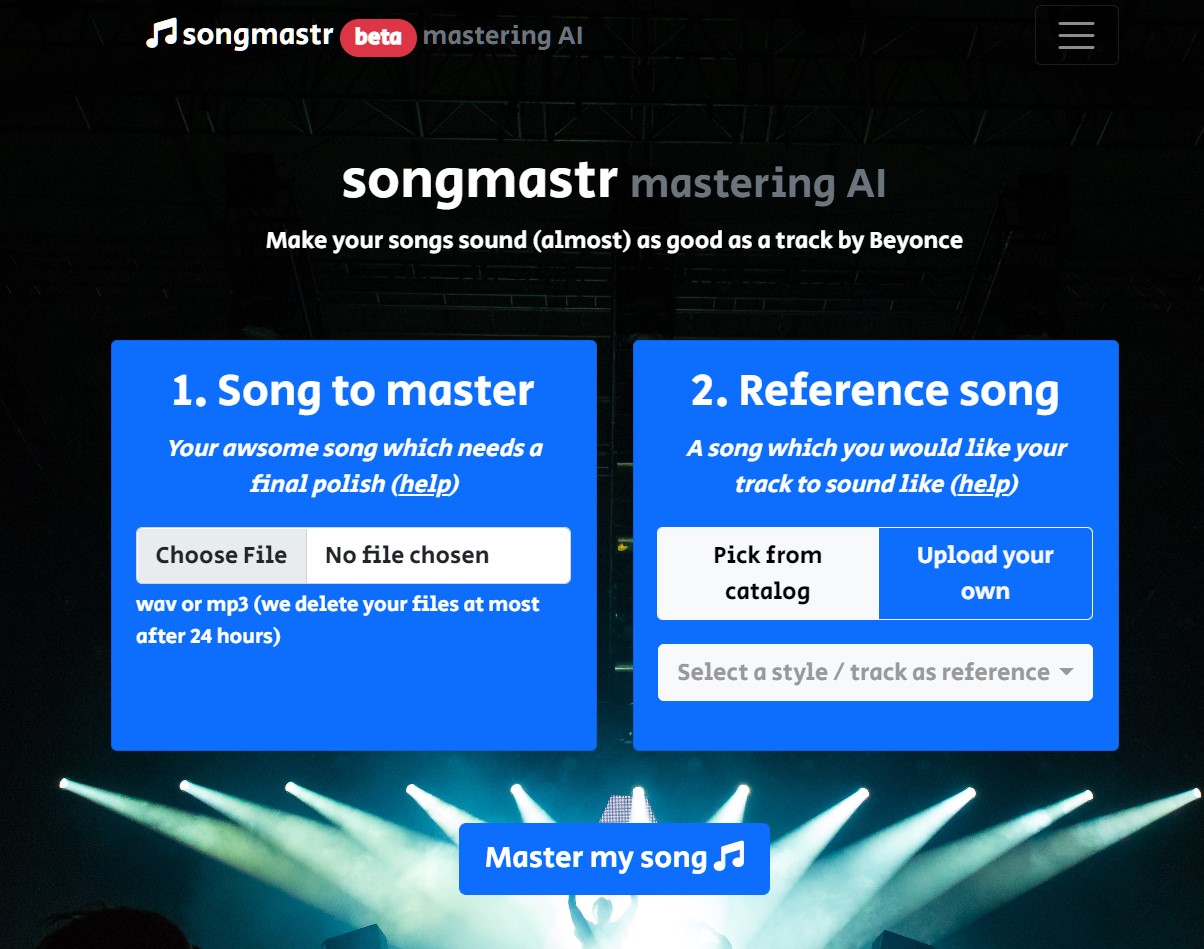 Similarly, acapella-extractor.com showcased links to several YouTube videos with vocals from top artists, whose labels are members of the RIAA. The featured vocals were extracted and published without permission.

Most of the sites branded as notorious markets by the RIAA remain quiet but Songmastr, Acapella-extractor and Remove-Vocals, which are all operated by the same person, sent a rebuttal to the USTR which was published this week.

According to the person who manages these sites, the RIAA never reached out to share its concerns directly. In addition, they argue that the sites don’t deserve the ‘notorious’ brand for several reasons.

“[RIAA’s] arguments are a mix of factually wrong information, a misunderstanding of how these AI services work, and minor allegations regarding potential trademark infringement (corrected since) which are not piracy or counterfeiting,” the rebuttal reads (pdf).

“The only argument on actual dissemination of copyrighted material on these websites concerns a total of 6 links to Youtube videos (since removed) which were used as examples to illustrate the services.”

In response to the RIAA’s concerns, Songmastr removed all mentions of popular artists. Users of the site are now directed to only mix tracks when they have the rights, aspiring producers testing their own tracks, for example.

While the names of popular artists have been removed from the site, the operator astutely mentions that this wasn’t a copyright issue, but a potential trademark violation that’s beyond the scope of the piracy category.

Similarly, the Acapella-extractor website removed six YouTube links where the site’s capabilities were showcased. Going forward, these types of examples will no longer be used on the site.

The services run by the operator mainly rely on third-party open-source technology. This leads to an interesting connection, as Acapella-extractor and Remove-Vocals use the Spleeter algorithm published by Deezer.

Deezer is one of the largest legal streaming services in the world and a key partner of many RIAA labels. On GitHub, Deezer explicitly advertises Spleeter’s music separation features, including the separation of vocals. 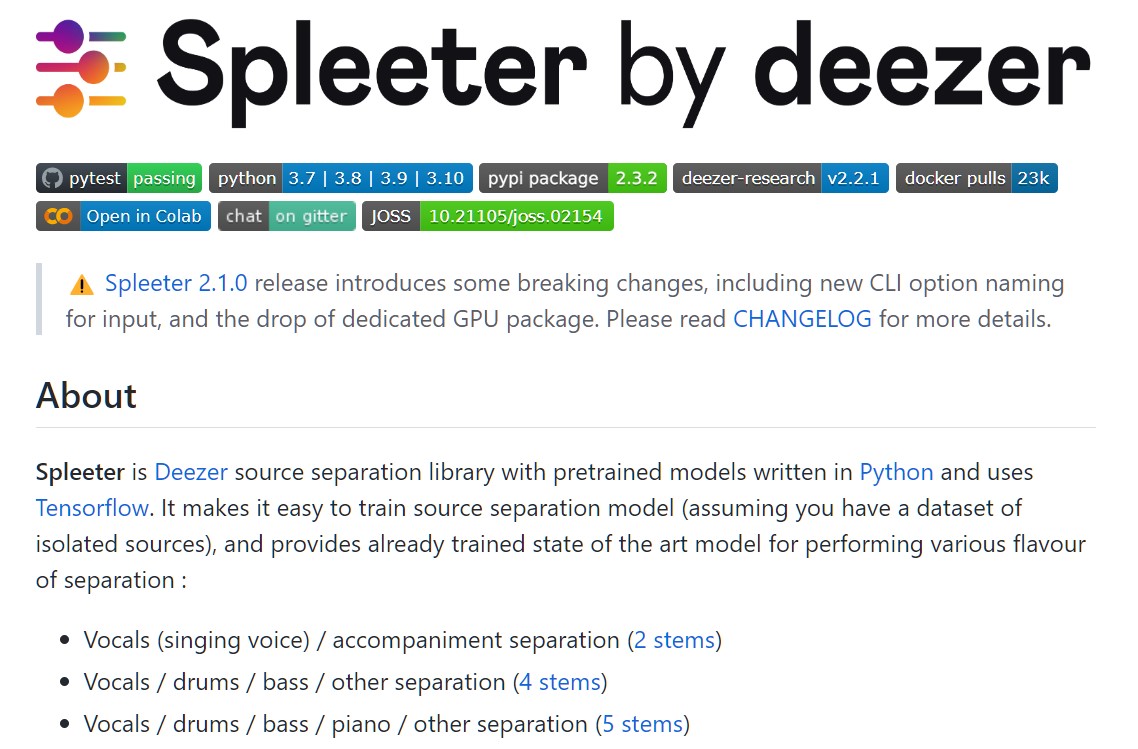 Songmastr is also based on third-party open-source software. The service uses the Matchering library, which is also used by the artist-endorsed Moises app.

Thus far, there hasn’t been any mention of artificial intelligence. The RIAA wasn’t sure about this element either but said that if the sites are training their AI models using copyrighted music, it would be considered problematic.

In their rebuttal, the operator of the sites offered reassurance that there is no learning involved in these AI platforms.

“The open source ‘matchering’ algorithm is not a trained algorithm. It is a predetermined set of operations, which transform the user input, using general properties of a reference song,” they write, adding that Deezer’s Spleeter algorithm ships pre-trained.

Speaking with TorrentFreak, the operator notes that the term AI is more a marketing term than a technical description. This type of marketing was perceived as a threat by the RIAA but after addressing these concerns the sites hope to stay off the final notorious markets list.