The Kodi media player software, previously known as XBMC, has seen a massive surge in popularity in recent years.

More and more people have started to use Kodi as their primary source of entertainment, often with help from unofficial add-ons that allow them to access pirated movies and TV-shows.

While the Kodi software itself is perfectly legal, a lot of third-party software are not. In Israel, this prompted the local anti-piracy group ZIRA to take action against several popular Kodi add-ons and repositories.

Last week the group filed for an injunction to stop the site owners from offering their ‘pirate’ Kodi tools, but before the cases went to court, the industry group already announced a settlement with three of them.

A few days ago abeksis.com, kodiwizardil.net, and kodi-senyor.co.il ceased operating, without prior warning. The Abeksis repository was one main targets, as it offered an easy way to turn the Kodi media player into a piracy hub. 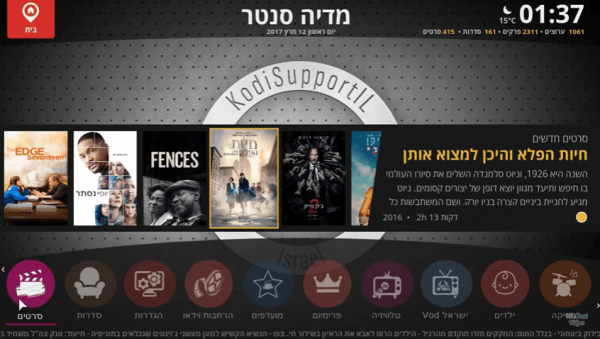 The targeted Kodi repos and add-ons were not monetizing their services and some also offered access to legal content. However, facing the threat of a lawsuit by the anti-piracy group, they chose to cease their services indefinitely.

ZIRA is happy with the outcome and notes that the shutdowns are “another victory in the struggle against the pirated content on the Internet and the preservation of Israeli creators and content.”

The operators of the sites reportedly paid a settlement of a few thousand shekels. In addition, they will have to pay 100,000 more ($28,000) if the repositories or add-ons reappear in the future.

As a warning to the public, the three sites in question replaced their regular content with a message from ZIRA. The message informs visitors about the shutdown, and the threat piracy poses to the local content industry.

“The site you’ve entered was taken down since it was violating intellectual property rights. The site’s operators were fined by the court and therefore the site ceased to operate!” the message reads.

“The cost of copyright infringement is paid by the Israeli population, Israeli culture and the income of the producers,” it adds. 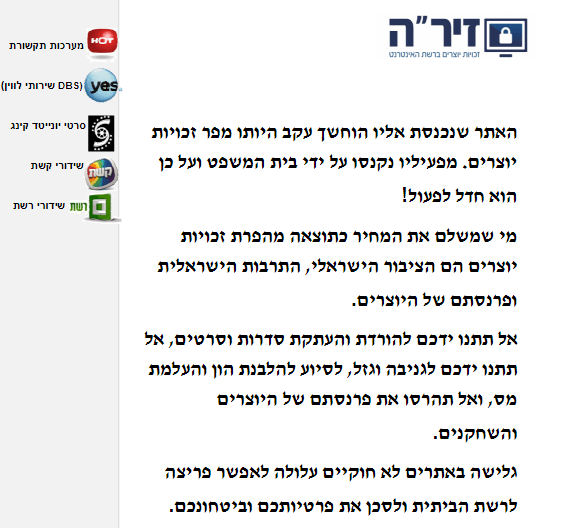 The enforcement actions have caused quite a bit of uncertainty among developers of Kodi add-ons and repositories. Several members of the community feel that the services in question did nothing wrong. Some other developers, however, also prefer to play it safe from now on.

The IsraeLive add-on, for example, which offered access to streams that are available through public websites (and some restricted streams, YouTube and Filmon content), decided to remove all Israeli content and rename itself GlobeTV. This was presumably done to prevent legal issues with the respective rightsholders.

“Israeli broadcast streams are available on official websites and not using our add-on, and that’s due to legal reasoning and the Laws of the State of Israel,” the developer posted recently.

Whether ZIRA’s enforcement actions will have a lasting effect on the use of streaming piracy in Israel has yet to be seen. However, as the first broad enforcement action against developers of ‘pirate’ Kodi repos and add-ons, it’s a landmark case that could very well be copied elsewhere in the future.