With the Internet and therefore online piracy having developed into a truly global phenomenon, anti-piracy groups everywhere are expanding their reach.

What was once a semi-isolated affair has become a multi-agency, cross-continent operation, with governments and rights holders alike striving to share information and pool resources.

An event this week illustrated where things are going, with representatives from around the world descending upon Brussels for a meeting hosted by the Motion Picture Association.

The International Roundtable, titled “Combating Internet Piracy: International Practice”, saw government officials from Europe and Russia join representatives from the United States and the UK to discuss cooperation against piracy.

The meeting (Photo via Роскомнадзор) 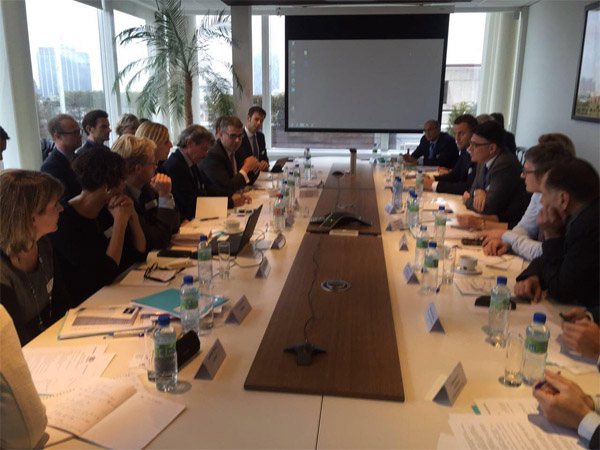 According to information released by Russian telecoms watchdog Roscomnadzor and translated by the MPA, those gathered agreed that a “lack of intellectual property protection causes significant economic damage to individual rights holders and the global economy.”

Of course, that message certainly isn’t new. Neither are mounting public claims by rights holders that Internet users are being put at risk through their visits to unauthorized sites.

Those assembled agreed that consumers are negatively impacted from enjoying entertainment in a safe environment since pirate sites “are a fertile ground for identity theft, viruses, malware or spyware.”

As mentioned earlier, anti-piracy groups and initiatives of all kinds now understand that collaboration is part of the way forward, whether that’s sharing information or working towards tougher legal frameworks.

“In particular, participants acknowledged the need to strengthen international cooperation in the fight against IPR violations on the Internet and to continue sharing experiences in improving legislation, and law enforcement practice in combating copyright infringement in the digital environment in the EU, Russian Federation, and USA,” a summary of the meeting reads.

Those at the meeting included representatives from the US “six-strikes” Copyright Alert System and the UK’s GetitRight campaign. Details are fairly scarce, but these groups are likely to have shared data on how educational messages affect the behaviors of Internet pirates and how voluntary agreements with industry players such as ISPs can become part of the anti-piracy package.

Another item on the agenda was the role that search engines and user-generated content companies play when it comes to fighting online piracy. While Russia has its own issues with services like Yandex, for the US and Europe the focus is very much on Google and sites such as YouTube.

Service provider liability and related legislative initiatives will continue to be hot topics in the months and years ahead. This is particularly true of the United States, where the safe harbor provisions of the DMCA are under scrutiny alongside a controversial debate on the so-called ‘value gap‘ claimed to be present on YouTube.