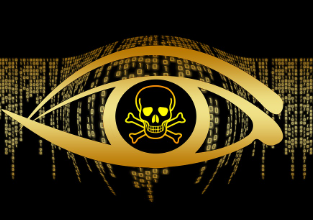 First broadcast in the Netherlands back in 1999, reality TV show ‘Big Brother’ is now a global franchise spanning more than 60 countries.

Big Brother Brazil (BBB) is one of the most successful regional variants. Right now, BBB23 is live on air, so millions of fans are tuning in at home to watch other people living in a different house for a bit while others watch.

When BBB fans aren’t glued to their TVs waiting for the drama to unfold, many can be found on social media, usually speculating about what comes next, based on what they’ve just seen. To facilitate the discourse, fans often post images and video clips from the show, but for TV company Globo, which broadcasts the show 24/7 on pay-per-view, some fans go too far.

When Globo broadcast BBB22 last year, the company decided to loosen its copyright policy. Rather than being banned from Twitter for sharing clips of the show without permission, Globo said that fans could share a one-minute clip online for every hour of the show.

According to an internal communication leaked to local media outlet TVPop, the position may have changed for BBB23.

“Digital piracy causes several damages to the market and the entertainment industry is especially affected by it,” the translation reads.

Reportedly sent to staff via an internal communications system, the new guidelines suggest that piracy harms Globo employees and has a negative effect on the advertising market.

“The damage goes far beyond the loss of uniqueness and the dissemination of content without authorization. For example, there is an impact on the attractiveness of audiovisual products for the advertising market,” it reads.

While the extent of any damage isn’t quantified, data shows that subscriptions to the Globoplay streaming platform increased by 79% in 2020 and by another 32% in 2021. A document published by Associação Brasileira das Administradorasde Consórcios (pdf) last September provides specifics on the BBB23 advertising program.

“Advertising on Big Brother Brasil will become more expensive in 2023. 112 days before the start of the program, brands are rushing to secure a space in the most watched house in Brazil, even with sponsorship quotas for the [Globo] program costing up to 32% more than in previous series,” it reads.

“According to program data, in 2022, more than 153 million people watched the program on Globo platforms. Although without breaking the 2021 audience record, according to the broadcaster, the public spent 13% more time watching the last series.”

“Lots of Parties and Bullshit”

Globo’s leaked communication initially celebrates the launch of BBB23 but quickly emphasizes the importance of clamping down on piracy.

“The most watched house in the country is back and promises lots of parties, bullshit, exciting competitions, shacks and audience records. It’s a lot of good things together! But there are people wanting to take a ride on this success. Piracy generates several negative consequences for BBB and for the work of all of us,” it reads.

So what can Globo staff do to help?

To clamp down on social media users sharing images and videos of BBB23, staff are instructed to report them to Globo. The line between free advertising and piracy isn’t made clear, but when it comes to another modern-day scourge, facilitated by Globo’s paying customers, everything seems more cut and dried.

“If you see pirated content out there or know of someone who is sharing the Globoplay login with other people, you already know: just report it by email,” the communication adds.

According to TVPop, Globo appears to be taking down BBB videos dating back several years at the same time as taking down content from BBB23. Evidence of takedowns can be found on the Lumen Database, which lists dozens of DMCA takedown notices sent by Globo to Google.

Whether this will be enough for Globo is unclear, but with headlines in local media asking, “What time do participants go to the secret room?” the pressure on fans to subscribe can’t be understated.