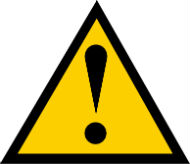 Starting this summer, the Center for Copyright Information (CCI) will start to track down ‘pirates’ as part of an agreement with all major U.S. Internet providers.

Last year the parties agreed on a system through which copyright infringers are warned that their behavior is unacceptable. After six warnings ISPs may then take a variety of repressive measures, which includes slowing down the offender’s connection and temporary disconnections.

The new plan was announced under the name ‘Copyright Alerts‘ last year and will be implemented by all parties by July 12, 2012. As this deadline nears, the CCI today unveiled several key players who are going to lead the group.

Surprisingly, the Executive Board is exclusively made up of representatives from the RIAA, MPAA and the ISPs.

For an organization that aims to educate Internet users in a responsible way, consumer rights representatives are completely absent from the Executive Board.

However, the Advisory Board does include public rights advocates including Jerry Berman, the Chairman of the Internet Education Foundation and founder of the Center for Democracy and Technology, and Gigi Sohn, co-founder of Public Knowledge.

The latter says it wasn’t an easy decision to accept the position. Sohn is especially worried about the threat of Internet disconnections.

“I still have concerns about some of the points in the agreement. One of the most prominent is the threat that consumers could have their access to the Internet cut off,” he says.

“I will ask at the appropriate time for the ISPs to promise not to interpret the agreement’s ‘temporary restriction’ provision as allowing for suspension of user Internet accounts. This provision is most troubling because an individual could lose access to the Internet just on the basis of suspicion alone.”

The CCI will be headed by copyright and consumer protection expert Jill Lesser, who will serve as Executive Director. Unlike some members of the advisory board, Lesser is delighted with her appointment and is eager to start sending out the first batch of alerts.

“I am excited to lead CCI as it begins this constructive effort to reduce and deter online copyright infringement in a way that is centered on education and deterrence, not punishment,” she said. “This unprecedented collaboration demonstrates that when content providers and distributors work together we can protect copyright and empower consumers at the same time.”

As expected, CCI is mainly focusing on the educational component of the scheme, but in essence it’s deterrence through punishment.

While we now know a little bit more about the people who will lead CCI, the organization has yet to announce the company that will be responsible for tracking down millions of BitTorrent pirates. Last year sources told TorrentFreak that DtecNet got the lucrative contract, but that was the last we heard of it.

One thing’s for certain, the company that gets the contract will have to be reviewed by an independent expert to see if their evidence gathering techniques pass the scrutiny test. But even when the end-stage tracking evidence is solid, there will always be many wrongful accusations, not least because people run unsecured Wi-Fi networks and ISPs make mistakes.

Those wrongfully accused Internet subscribers have the right to call for an independent review at the cost of a $35 filing fee. These disputes will then be handled by the American Arbitration Association, CCI announced today.

While the CCI is confident that the alerts are an effective way of deterring online piracy we have our doubts. For one, the monitoring system is relatively easy to bypass through a a good proxy or VPN. Secondly, the multi-million dollar plan only covers a few of the many sources of online piracy.

The millions of U.S. Internet users who download via cyberlockers and streaming portals are not affected by this agreement at all, as these downloads are impossible for third parties to track.