BitTorrent is a very powerful distribution tool. There is simply no faster way than BitTorrent for those who share files with several devices at once.

Just ask Twitter and Facebook, two major technology companies that rely on BitTorrent technology to distribute files across their networks.

For the public, however, there’s never really been a good tool to securely backup and sync files over the Internet via BitTorrent. This may change, however, with the new Sync application just announced by BitTorrent Inc.

BitTorrent Sync has very similar functions to those offered by popular cloud storage services such as Dropbox and Skydrive, except for the fact that there’s no cloud involved. The upside to this is that no third-party has access to one’s files.

Other advantages are that transfers generally go a lot faster with BitTorrent, and that there are no storage limits.

BitTorrent Inc. is inviting the public to try the application but the company emphasizes that the current release is pre-alpha development, meaning that there may be a few bugs here and there.

“It fits into our overall goal of making a better Internet using P2P,” TorrentFreak was told in a comment on the release. The company looks forward to comments from the public on how to improve the product.

“This is a great opportunity for participants to help us shape this developing product.” 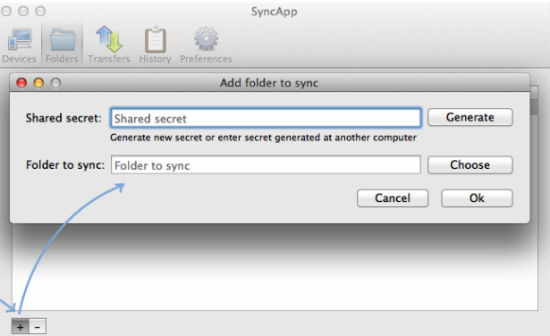 There are several good use cases for BitTorrent Sync. For example, users can share folders across all devices, creating their own redundant backup with minimal effort.

Similarly, a group of people working with large files, such as filmmakers, will also enjoy the lack of storage limits and the rapid download speeds. 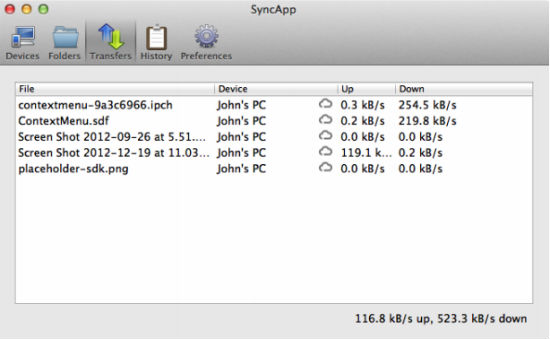 Setting up the private network is relatively easy and can be done in a minute. Users just have to install the application, select a folder to share, generate a key and they’re good to go. The private key can then be used to sync the folder to other devices.

The Sync application is available for Windows, OSX, Linus and can also run on NAS devices through a web-interface.

More information on Sync and BitTorrent’s other new products is available on the newly launched BitTorrent Labs website.