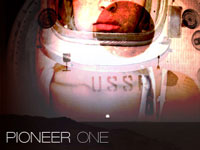 Two weeks ago the first episode of Pioneer One was released to the public via the VODO distribution platform. With support from all the big players in the P2P-scene, this BitTorrent only TV-series quickly gained a huge audience.

At the time of writing, Pioneer One is still the best seeded TV-show on BitTorrent with more than 20,000 people sharing the file simultaneously. Even more impressively, the number of downloads exceed those of traditional TV-shows such as True Blood, Family Guy and Doctor Who that were released in the same time period.

Thus far, the regular quality release of the episode has been downloaded well over a million times, with another 300,000 downloads for the high definition release. To find out how the makers view events of the past weeks TorrentFreak decided to catch up with Josh Bernhard, who started the project together with Bracey Smith and is currently working on future episodes.

“The response to the pilot was unbelievable,” Bernhard told TorrentFreak. “It took a week for it to really sink in that so many people had seen it and liked it. It was also particularly gratifying to see so many people responding to the story the way we intended. I’ve never been able to get that kind of feedback from an audience on this scale. It’s kind of validating, and gives me even more confidence moving forward.”

“It was also really amazing to see people starting to pick apart the science and the details. People were actually debating the authenticity of the spacesuit! How cool is that? That tells me that they’re taking us seriously enough to pick apart. People are really thinking about it, which is fantastic. And aside from a couple of gaffes that slipped by us during our breakneck production schedule, it held up to scrutiny.”

Aside from the many positive responses, we asked Bernhard about the donations that came in after the release. The funds to shoot the first episode were crowdfunded though a Kickstarter project, but to finish the full series the crew has been looking for donations from new people who want to support the project.

“The donations were even better than we expected,” Bernhard said. “I didn’t know if we’d be able to raise $20,000, but we did it in 10 days. That money is going to carry us through pre-production on the first production block of 3 episodes which we plan to start shooting in September. I’ve taken up residence in a cave to concentrate on writing the scripts, and we’re starting to cast new characters, figure out what our workflow is going to be, what kind of cameras we’re going to shoot with, etc.”

“We’re still looking for more solid backing toward our ultimate financing goal, but the donation money was absolutely crucial for us to move forward. We have some promising prospects, and we’ll know more on that within a couple of weeks.”

That brings us to the question of when the next episode will come out. Although the makers have no fixed date yet, they do intend to carry on the project and release the remaining episodes of the first season in a fixed schedule similar to regular TV-shows.

“Producing a series is a different beast than producing a one-off feature, or a single pilot episode,” Bernhard said. “We’re shooting them together so we don’t keep people waiting an uncertain amount of time between episodes. We want to have a release schedule and stick to it, so we can build an audience like a ‘real’ TV series. I already saw a comment on YouTube wondering why 1×02 wasn’t out yet, since it had been more than a week since the first already!”

“Everyone is working really hard to make sure this thing comes together in the best way possible. It’s the most exciting thing I’ve ever been a part of,” he concluded.

For those who haven’t seen the first episode yet, it’s available for download on every major BitTorrent site, or you can grab a copy on the official release page. If you like what you see please consider donating to the project. Although this type of production may not be the future of TV, it is a triumph for BitTorrent and a paradigm shift that might inspire traditional TV-production houses to think outside of ‘the box’.