Today BitTorrent Inc. contributes with the release of BitTorrent Bleep, a communication tool that allows people to exchange information without the need for any central servers. Combined with state of the art end-to-end encryption, the company sees Bleep as the ideal tool to evade government snooping.

Bleep’s main advantage over some other encrypted messaging applications is the absence of central servers. This means that there are no logs stored, all metadata goes through other peers in the network.

“Many messaging apps are advertising privacy and security by offering end-to-end encryption for messages. But when it comes to handling metadata, they are still leaving their users exposed,” BitTorrent’s Farid Fadaie explains.

“We reimagined how modern messaging should work. Our platform enables us to offer features in Bleep that are unique and meaningfully different from what is currently available.” 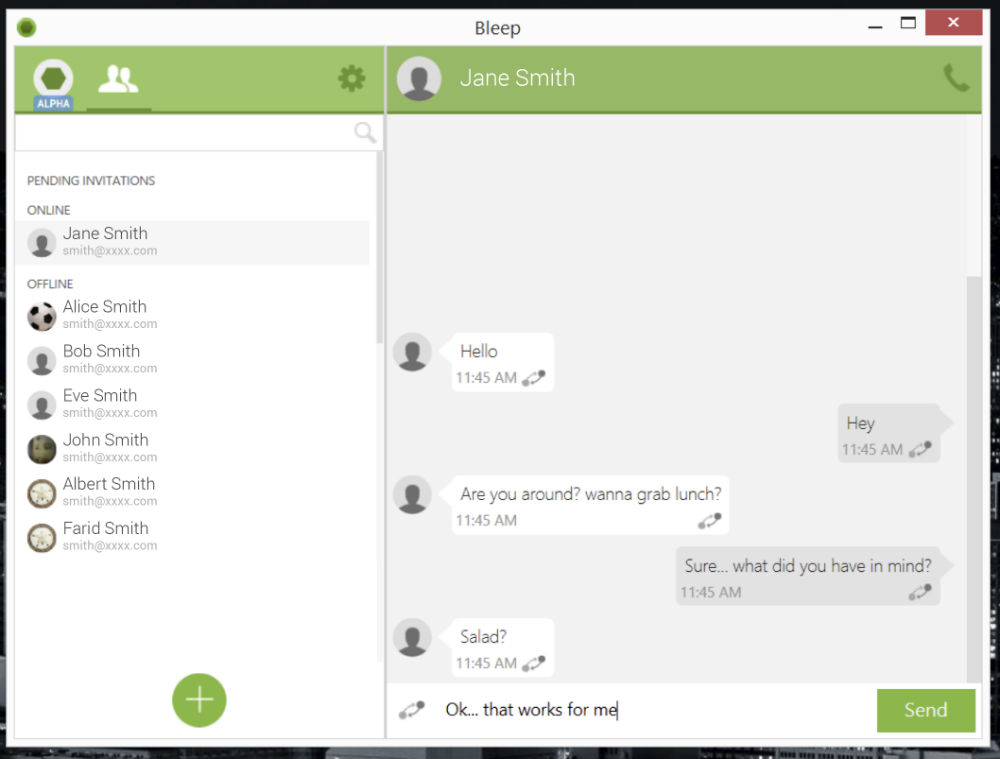 The application’s development is still in the early stages and the current release only works on Windows 7 and 8. Support for other operating systems including popular mobile platforms will follow in the future.

Aspiring Bleep users can create an account via an email or mobile phone number, but an incognito mode without the need to provide any personal details is also supported.

The new messaging app is not the only ‘breach safe’ tool the company is currently working on. Last year BitTorrent launched its Sync application which provides a secure alternative to centralized cloud backup solutions such as Dropbox and Google Drive.

BitTorrent Inc. is inviting people to test the new Bleep application, but warns there are still some bugs.

Those who want to give BitTorrent Bleep a try can head over to BitTorrent’s experiments section to sign up for the pre-Alpha release.