For as long as piracy has been mainstream, people have tried to find ways to monetize the system. While many have had good intentions, only models focusing on the negative (copyright trolling, for example) have enjoyed any level of success.

Blockchain startup White Rabbit is hoping to buck that trend but it’s not going to be easy. Then again, nothing worthwhile is, so what do they have to offer?

White Rabbit begins with the assumption that while they love their pirate sites, a many as 60% of pirates would happily reward creators if it was made easy enough. The startup deals with this by inviting pirates to carry on using the kinds of unauthorized sites and services they’re using already, but with a twist.

By installing the White Rabbit browser plug-in, the company will be able to see what content the user is accessing. It will then attempt to match that download to deals it’s made with the companies behind those movies or TV shows. They’ll then get paid a set amount.

“White Rabbit is a content ecosystem accessed through a plugin that recognizes the film and series you stream. The streaming sites are P2P or open server, meaning users can choose where they want to stream,” White Rabbit CEO Alan R. Milligan informs TF.

“We already have a library of films that have won and been nominated for Oscars, Cannes, Berlin and Venice film festival best film prizes – but will continue adding more films and series as we near launch.”

It’s envisioned that this mechanism will prove popular with reluctant pirates since instead of paying Netflix, Amazon, and dozens of other services, users can pay for content through one channel. And, since White Rabbit uses blockchain technology, rights holders can be ensured complete financial transparency, with user payments going straight to them without delay, cutting out the middleman.

“Users are anonymous but can offer filmmakers, artists or other content right holders (investors, distributors, sales agents) our tokens (WRT) as good faith that they are willing to pay for the content. Should the rights holders accept, we enter into a contract with the rights holder that allows them to receive revenue – and accept P2P streaming. We find, and research shows, that most people that are forced to piracy [do so] because they are just not able to access content,” Milligan adds.

White Rabbit’s CEO, who is a filmmaker himself, also sees opportunities to bring fans and filmmakers closer together. Once users have paid for content, they continue to get access via something called the Rabbit Hole, an interface which provides extras that are normally found on a DVD, such as deleted scenes etc.

The team behind White Rabbit describe themselves as “responsible rebels” hoping to spark a revolution. While that’s clearly the goal, by any measure there is a mountain to climb, not least on the content front.

When TorrentFreak first started speaking with the startup in October last year, we were told they were “closing in on 500 films” with contracts, although they wouldn’t elaborate on who might be on board. Nevertheless, that is quite a lot of movies, especially given the mainstream studios’ hatred of pirate sites and anything they might be involved in.

However, subsequent discussion suggests that those with more niche tastes might be White Rabbit’s initial target audience.

“I believe timing is of big relevance and right now a lot of producers are scared of where they´re going to go now that Netflix is enforcing its 50/50 policy. There are also so many amazing films out there that get no or little digital distribution at all,” Milligan says.

“As a Norwegian film producer there is little chance of the film being streamed in my home country – even if we won awards in Cannes and Venice. My latest film Valley of Shadows got US digital distribution, but in Norway – nada.

“My colleagues around the world are suffering the same way, not to mention all the fans who cant watch local films and series. So the indie part of the industry – which is most of us (and still representing 20-30% of cinema sales) – are very ready for change.” 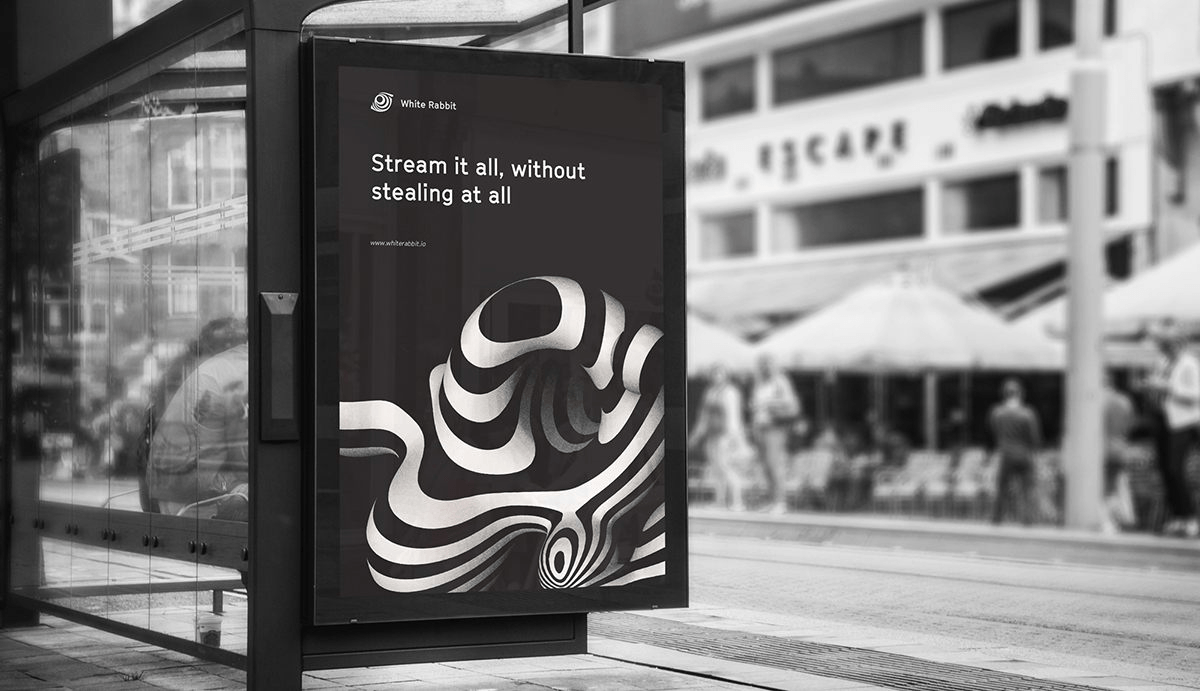 But while indie producers could benefit nicely from White Rabbit, Milligan highlights problems that the big studios have, and suggests that they might like to see the startup succeed too.

“The studios will likely want to see our business model work – but they also have a problem with Netflix which has become a studio. So they´re competitors now, but Netflix has a 100M subscriber advantage. Will they all break out and create each their streaming site for their content only? That would be terrible for fans,” he notes.

That would indeed be a huge problem and it’s an issue we’ve raised here on TF on several occasions. However, if White Rabbit is to succeed, it needs to overcome significant hurdles. We raised just a handful of these with its CEO. First up, Partner Streaming Sites (PSS).

PSS sites appear to be pirate sites that will partner with White Rabbit, so the latter can tap into the formers’ userbases. When White Rabbit users stream ‘pirate’ content from a PSS, that content will be monetized, with the creator getting paid quickly and transparently. At that point, it seems, the content will become non-infringing.

But while that sounds intriguing in theory, plenty of questions remain. White Rabbit says it will share “up to $1M” from its token sale “with the most innovative, brand conscious, film and series loving streaming sites either already out there, planned or about to launch.”

The start-up says the best projects could get $100,000 each but, since its goal is to convert pirates, that necessarily means doing business with pirate sites.

So we asked; how will it be possible to do business with people that are regularly described as criminals? How will it then become possible to secure deals with filmmakers that will undoubtedly come under huge pressure from industry players not to participate in the White Rabbit scheme?

“What we are trying to do is to change digital distribution to everyone´s benefit. We have no interest in financing illegal content, we are interested in spurring innovation in streaming, access for fans and due payment for the rights holders,” Milligan explains.

“That´s what PSS can help us achieve using the WRT (White Rabbit Token) – that helps us find out who wants to be part of this model. No revenue exchanges hands until rights holders accept the token. What is important for rights holders is that we generate more revenue for them than current business models, and we haven´t even included the Rabbit Hole revenue yet.”

Clearly, the vast majority of pirate site users aren’t White Rabbit users now, nor will they be so in the future, so the removal of content is massively counter-productive for pirate sites. Indeed, it’s this reluctance to take down infringing content that causes them most of their problems.

So, hypothetically, what happens when the operators of streaming site X (that previously partnered with White Rabbit) get arrested and their site shut down for distributing Hollywood content that isn’t part of the program?

“PSS´s would never distribute illegal content, we are offering an opportunity to monetize. We are allowing a platform to those that see monetized P2P as beneficial to their income stream,” Milligan says.

“Hollywood is tricky though, I admit. The proof is in the pudding, so if we have to prove the value through indie and arthouse films first that´s OK. That is still 30% of the multi-billion dollar film market, so we are OK to start with that.”

The final issue is the price and where revenue goes. White Rabbit envisions a user paying $2 for film and $1 for a TV show, although producers are free to set their own price. That means 11 TV shows or five movies per month, given the Netflix model/budget of roughly $11.00 for the same period.

Revenue generated would then be split, with 75% going to the rightsholders, 15% to White Rabbit, and 10% to PSS sites. There’s also a provision for non-PSS sites to be a part of the program, but they would only get 5%, with the remaining 5% going to White Rabbit.

With an incredibly ambitious project like this, it’s easy to find reasons why it might not succeed or even fail to get off the ground. But the team behind the operation have lots of experience in relevant fields and from what we’ve seen are putting considerable effort into getting things moving, as their white paper (pdf) explains.

Currently, White Rabbit is seeking conversation with prospective Partner Streaming Sites, who will provide the content on which White Rabbit will survive. It will certainly be interesting to see which sites put themselves forward for consideration.

This is one of those projects that raises a dizzying volume of questions, with each living up to their billing as part of the Rabbit Hole. The big question is whether the Rabbit Hole will eventually lead to Wonderland or will render everyone who ventures inside feeling surreal and disorientated.