With help from law enforcement in the United States and the United Kingdom, the authorities took down more than a hundred sites and apps, while several suspects were arrested.

In the following years, several new waves of anti-piracy action followed. Under the banner “Operation 404.2” and “Operation 404.3” law enforcement authorities blocked or seized the domain names of hundreds of pirate sites and streaming apps.

This week, Brazil’s Ministry of Justice announced the fourth wave of Operation 404. With 30 search and seizure warrants in hand, law enforcement officials blocked or seized the domains of 226 websites, 461 piracy apps, and 15 social media accounts. 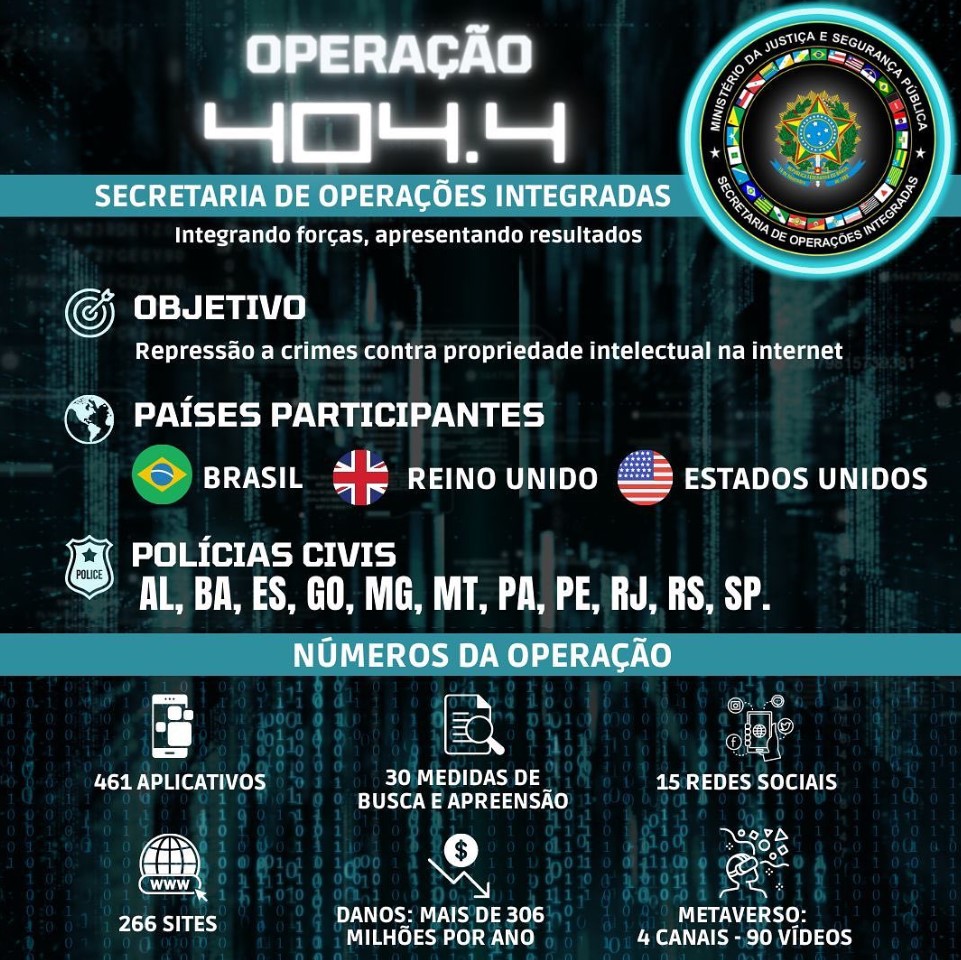 The authorities don’t mention any of the targets by name. However, they stress that the apps alone had generated more than 10 million downloads. According to IFPI, these apps were all dedicated to music.

The Civil Police carried out its operations in 11 states and ten people were arrested. Those who are convicted face a prison sentence of between two and four years plus a hefty fine.

As in previous years, Brazil received support from international anti-piracy groups and law enforcement. They include the U.S. Department of Justice, the UK Intellectual Property Office, and City of London Police.

The Ministry of Justice further reports that this is the first time that ‘Operation 404’ partially ‘took place in the metaverse.’ This is an interesting statement as the metaverse is still mostly a concept, one that’s not yet clearly defined.

The authorities don’t explain how or where they entered the metaverse, but a press release notes that four channels with illegal broadcasts were shut down. In addition, 90 pirated videos were deactivated.

According to Alessandro Barreto, the coordinator of the Cybercrime group of the Secretariat of Integrated Operations (Seopi), criminals created maps and events in the metaverse, where they invited interested parties to video platforms.

While not confirmed, it could simply be that people used platforms such as Roblox to advertise pirated services, as we have seen in a recent ‘metaverse’ piracy crackdown in Italy. That would be a quite broad use of the term metaverse.

Whether any future crackdowns will take place in the metaverse has yet to be seen. However, the authorities stress that they are continually on the lookout for new types of piracy.

“Our fight against piracy is ongoing. We are increasingly specializing in curbing these practices and identifying new crimes”, Seopi’s Alessandro Barreto says.