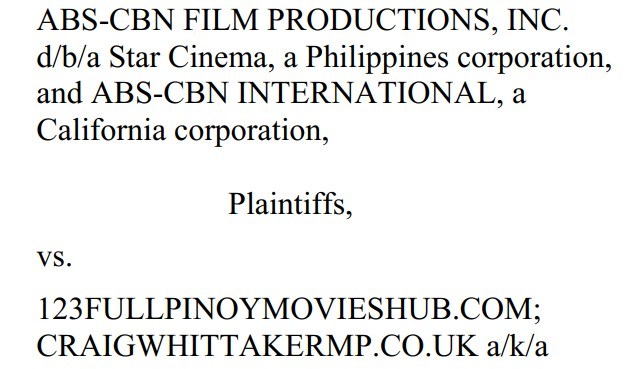 In recent years, ABS-CBN, the largest media and entertainment company in the Philippines, has filed a series of lawsuits against pirate sites in the US.

These complaints typically list domain names as defendants, accusing their anonymous operators of copyright and trademark infringement, among other things.

This legal campaign has been relatively successful to date. ABS-CBN has won millions of dollars in damages through default judgments and settlements. At the same time, domain name registrars and registries have been ordered by courts to take domains offline.

A few days ago, ABS-CBN filed a new lawsuit at a federal court in Florida, listing the operators of 21 allegedly infringing domain names as defendants.

“Defendants’ entire Internet-based website businesses amount to nothing more than illegal operations established and operated in order to infringe the intellectual property rights of ABS-CBN and others,” the complaint reads, stressing the importance of the domain names.

“The Subject Domain Names themselves are a significant part of the means by which Defendants further their infringing scheme and cause harm to ABS-CBN in that they cause and effect the infringement as described herein.”

These allegations are in line with the other lawsuits ABS-CBN has filed in the past. Most of the domain names clearly give away the intention of the sites, such as hdfullmovies.net and fullpinoymovieshub.com. However, there is one that sticks out like a sore thumb.

Amidst the ‘pirate’ domain names, ABS-CBN also lists craigwhittakermp.co.uk. As the name suggests, this domain was previously used by British Member of Parliament (MP) Craig Whittaker.

In fact, the domain name was linked to the MPs official website up until 2017, which is still promoted in old tweets.

Today, Whittaker has a new website and, as far as we know, the old domain name is no longer registered to or controlled by the MP. Instead, the craigwhittakermp.co.uk domain name now promotes Pinoy TV-shows and movies, which offends ABS-CBN. 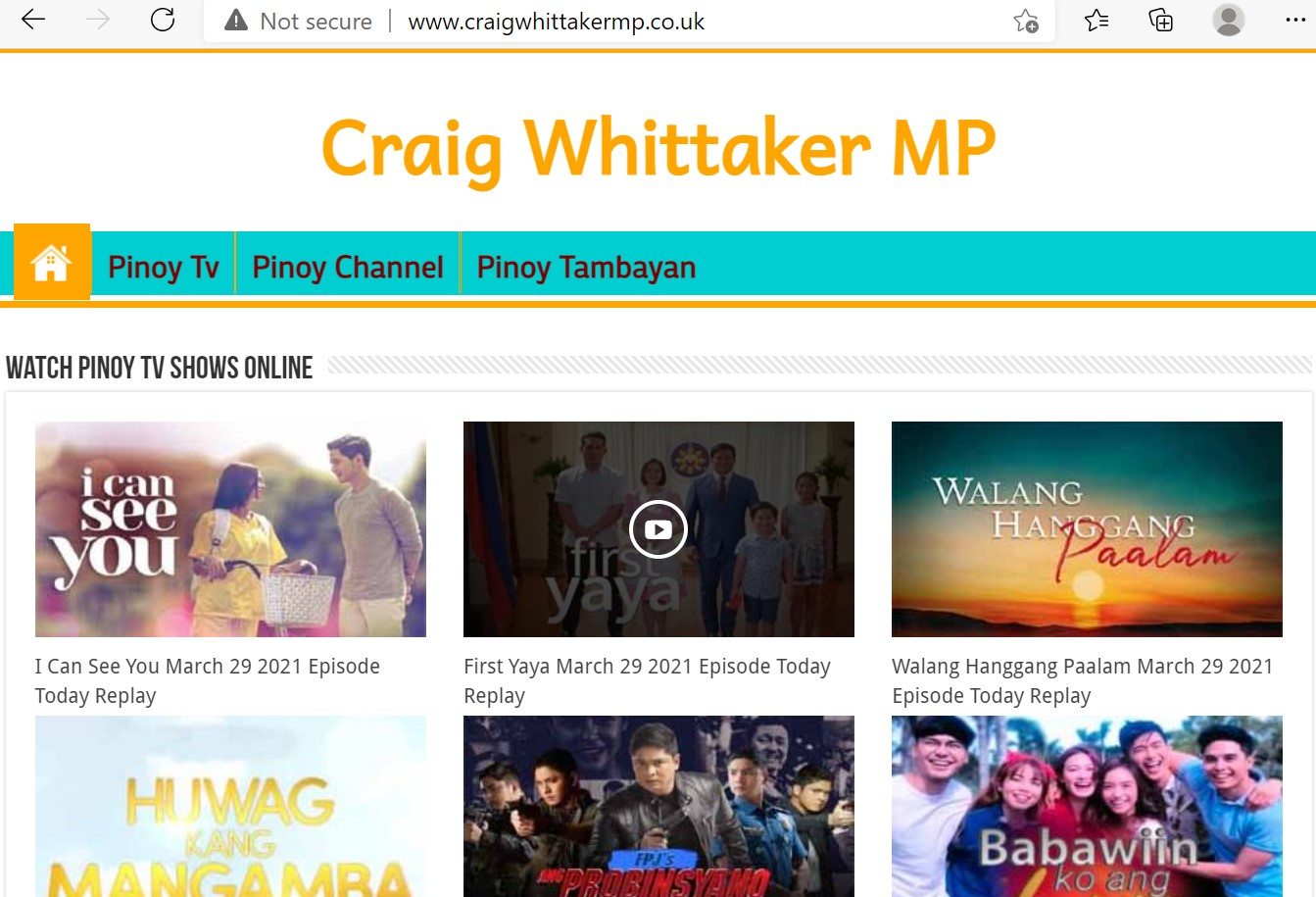 According to the media giant, craigwhittakermp.co.uk and the other domains are classic examples of pirate operations that willfully infringe ABS-CBN’s copyrights and trademarks. Through the lawsuit, the company requests the court’s help to stop this allegedly illegal activity.

‘Craigwhittakermp.co.uk is a Classic Pirate Operation’

“Defendants’ websites operating under the Subject Domain Names are classic examples of pirate operations, having no regard whatsoever for the rights of ABS-CBN and willfully infringing ABS-CBN’s intellectual property,” the company writes.

The complaint accuses the defendants of trademark and copyright infringement, among other things, requesting an injunction to halt this activity. Because defendants may not respond, ABS-CBN also requests an injunction ordering domain registries to take the domains offline.

In addition, the media giant asks the court to order all defendants to pay statutory damages. These can reach $2 million for each trademark infringement and an additional $150,000 for every copyrighted work shared without permission.

TorrentFreak reached out to Craig Whittaker for a comment but he didn’t immediately respond.

There are no signs that Whittaker is in any way involved with his old domain name at the moment. The most likely scenario is that it expired at some point and that a third-party registered it afterward.