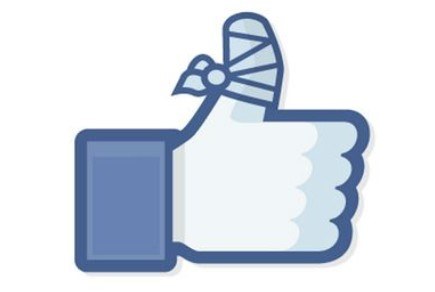 ABS-CBN is the largest media and entertainment company in the Philippines but it also has a strong presence in the US.

This reach isn’t just limited to its online news and media outlets, the company is active in the courts as well.

The defendants are often ‘John Doe’ site operators but in December 2018 ABS-CBN identified a very specific target; a Texas man named Anthony Brown. According to a complaint filed at a US federal court, Brown sold pirate streaming boxes through Facebook.

Some pirate box sellers take extreme measures to conceal their identities. In this case, however, the defendant was easily identified through an undercover operation on Facebook.

The complaint alleged that Brown didn’t just sell pirate boxes to the ABS-CBN representative. On Facebook Messenger, chatting as “Ann Ong,” he also shared the name and address of his company, which matched the information tied to his PayPal account.

At some point, the man even offered the undercover investigator a piece of the action for referring new clients.

Despite the damning accusations, Brown didn’t put up a defense in court. This prompted ABS-CBN to request and obtain a default judgment, granted by Texas District Court Judge Jeffrey Brown last week.

The court agreed that the man sold at least ten pirate TV boxes via Facebook, which he didn’t hide from the public at large.

“Screenshots of the defendant’s Facebook profiles for his business show that he has boasted about selling the TV boxes to eight different customers, and ABS’s investigator ordered and received the TV boxes from the defendant twice,” Judge Brown writes.

These devices allowed buyers to stream copyrighted content without permission. However, ABS-CBN didn’t ask for piracy-related damages. Instead, it asked for damages under the Communications Act and Lanham Act.

The Communications Act prohibits “the unauthorized decryption of satellite cable programming,” with a maximum of $100,000 per offense.

The court agreed that Brown’s conduct was willful and likely damaged the reputation and revenue of ABS. However, it found the minimum damages of $10,000 per sold pirate box sufficient.

“The minimum penalty of $10,000 for each of the defendant’s ten violations—for a total of $100,000—is just and reasonable to achieve the statutory goals of compensating ABS, punishing the defendant, and deterring others from engaging in such misconduct in the future.”

The largest damages amount comes from the trademark infringements, which violate the Lanham Act. ABS-CBN requested a total of $1,500,000 in statutory damages, which the court deemed reasonable as well.

This brings the total damages amount to $1.6 million, which is non-dischargeable, meaning that it can’t be eliminated through a bankruptcy proceeding.