Unless BitTorrent users are taking steps to hide their identities through the use of a VPN, proxy, or seedbox, their downloading habits are available for almost anyone to snoop on.

By design the BitTorrent protocol shares the location of any user in the swarm. After all, without knowing where to send the data nothing can be shared to begin with.

Despite this fairly common knowledge, even some experienced BitTorrent users can be shocked to learn that someone has been monitoring their activities, let alone that their sharing activity is being made public for the rest of the world to see.

Like it or not, this is exactly what the newly launched torrent search engine BTindex is doing.

Unlike most popular torrent sites BTindex adds new content by crawling BitTorrent’s DHT network. This is already quite unique as most other sites get their content from user uploads or other sites. However, the most controversial part without doubt is that the IP-addresses of BitTorrent users are being shared as well.

People who download a file from The Pirate Bay or any other torrent site expose their IP-addresses via the DHT network. BTindex records this information alongside the torrent metadata. The number of peers are displayed in the search results and for each file a selection of IP-addresses is made available to the public.

The image below shows a selection of peers who shared a pirated copy of the movie “Transcendence,” this week’s most downloaded film. 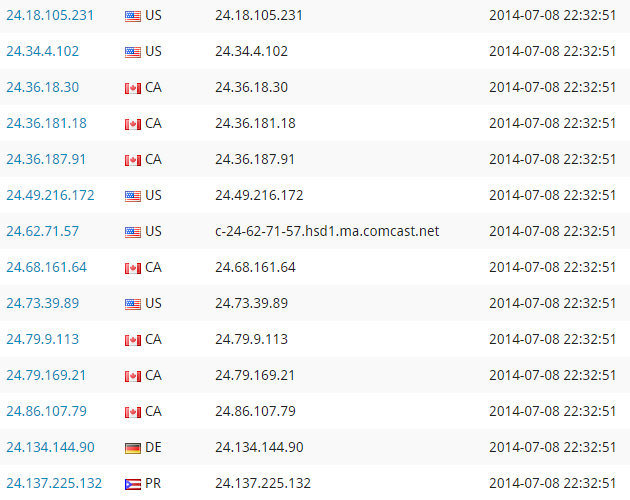 Perhaps even more worrying to some, the site also gives an overview of all recorded downloads per IP-address. While the database is not exhaustive there is plenty of dirt to be found on heavy BitTorrent users who have DHT enabled in their clients.

Below is an example of the files that were shared via the IP-address of a popular VPN provider.

Files shared by the IP-address of a popular VPN provider 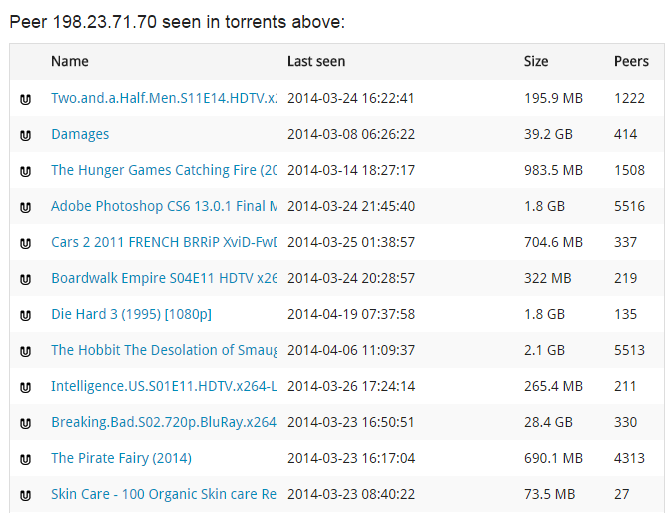 Since all data is collected through the DHT network people can avoid being tracked by disabling this feature in their BitTorrent clients. Unfortunately, that only gives a false sense of security as there are plenty of other monitoring firms who track people by gathering IP-addresses directly from the trackers.

The idea to index and expose IP-addresses of public BitTorrent users is not entirely new. In 2011 YouHaveDownloaded did something similar. This site generated considerable interest but was shut down a few months after its launch.

If anything, these sites should act as a wake up call to people who regularly share files via BitTorrent without countermeasures. Depending on the type of files being shared, a mention on BTindex is probably the least of their worries.